As we all know, snark always comes before a fall. Mea culpa

One snarked and, inevitably, fell 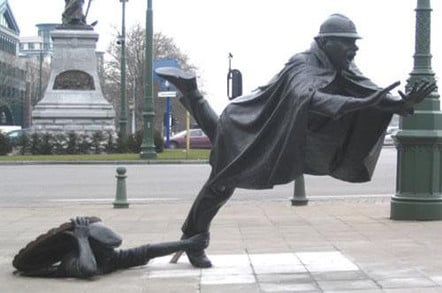 Worstall @ the Weekend So, to set the scene: a couple of weeks ago, when writing in another place, I commented upon a piece in the New York Times.

This then led to my pointing out that this aids us in working out why people have such exotcially strange valuations of the environment: exotically strange in that they don't accord with what we actually do at all. This is the old thing about revealed preferences versus expressed preferences once more. And here we have neuroscientists telling us why we've got these two entirely different – incompatible, even – valuation systems. The snark came when I muttered that of course I was a genius and could see that latter point, whereas the scientists couldn't.

At which point came the fall, in the form of an OUP book from the researchers, pointing out that not only were they aware of the point, but discussing the point was the very basis of the experiments being described. Ahem, yes, well. Worstall being Worstall isn't a surprise and nor is it unusual for his snark to be revealed as inappropriate. They were gentle about it, though.

400 pages on the “Foundations of XYZ Analysis” is never going to be a light read and nor was it when the XYZ is neuroeconomics. But the subject is fascinating all the same. The basic conceit is that, as one way to think about things, science comes in levels. We can often illuminate a higher or lower level by rigorously examining the conclusions of the level that we're on.

As an example, we can explain valency purely in terms of the experimental results and logical structure of chemistry. But it also all makes entire sense if we know about atoms and electrons and outer orbital shells from physics. Once we did know the physics part of it, then we could predict much of the periodic table, if not all of it. As another example, biochemistry mixes and matches biology and chemistry, to the benefit of both of the parent disciplines, as well as the blended one.

Neuroeconomics is based upon the idea that we've got (at least) three sciences which try to explain human behaviour. There's neuroscience itself, which explains how brains work. Then there's psychology which is another very different view of how brains and people work. Finally, there's economics, a third way of looking at and thinking about how people work (and also, obviously, the other meaning of work). If anyone wonders if there are ways in which one or another level can instruct the others, the answer is, of course, yes.

That puzzle cited above is one of them. We can look at the way people actually behave about the environment and we find that people don't value it all that highly. As a subset of that, we can work out the statistical value of a life: look at how people are willing to pay to avoid – or need to be paid to accept – risks to life and limb on a statistical basis. Deep-sea fishing is more dangerous than office work, so how much more do fishermen need to be paid to get them to do it, normalising for education, age and so on? The results vary, but somewhere between £2m and £7m is about right for that statistical value of a life in a modern rich economy.

Next page: Now for the science bit
Page:
Tips and corrections
81 Comments