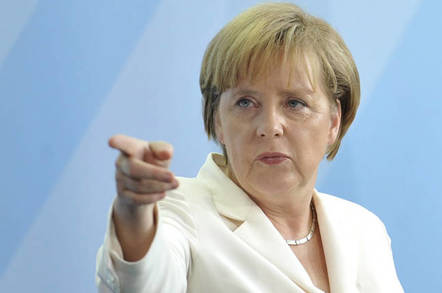 German chancellor Angela Merkel has laid into Facebook for not doing more to tackle racism on the social network.

Speaking to German newspaper Rheinische Post, Merkel focused on the big political topic of the moment: the sudden influx of Syrian refugees into Europe.

Merkel has led the charge in welcoming refugees, saying that Germany will take large numbers of them for several years. She has also repeatedly chastised other countries for refusing to take in refugees and spoken out against racist behavior in Europe in recent weeks.

Among those targets is now Facebook. The social network has been the center of xenophobic comments online and she is not happy about the company's response.

"When people stir up sedition under their real name on social networks, not only should the government, but also Facebook must act. It should take action against these slogans," she told the newspaper, adding: "Facebook has the rules; they must be applied."

Merkel was herself subject to abuse at a recent visit to a new asylum center in Heidenau, close to Dresden. Far-right protesters shouted that she was a traitor. Asylum centers have been the target of recent attacks.

Asked about the visit, Merkel also talked about the impact of social media. "In the early 90s, there were severe incidents. So xenophobia is really nothing new. But certainly, uninhibited communication on social networks contributes to the problem."

Last month, Germany's Justice Minister Heiko Maas wrote a letter to Facebook complaining that it was doing too little to deal with racist posts and comments. Facebook said it was taking the letter "very seriously." ®