Not our fault, say Met Police, absolutely not 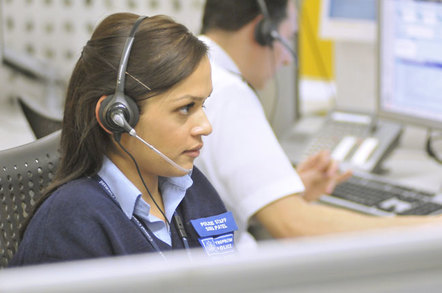 A criminal investigation into computer hacking has been ended by the UK's Crown Prosecution Service, which dropped all charges after realising they had been time-barred for four years.

To the surprise of nobody, the Metropolitan Police absolved itself of blame for the failure to bring charges against the suspects – who are innocent unless proven guilty – in a press release which explained the details of Operation Kalmyk.

The Met said: "Kalmyk was an investigation into alleged 'computer hacking' by a private investigator on behalf of other investigators and clients. The offences were alleged to have taken place between April 2005 and September 2007."

These alleged offences, however, fall under section 1 of the Computer Misuse Act 1990 (the CMA) and have now become time-barred. A CPS spokesperson explained to The Register:

S1 CMA was, at the time of the allegations, a summary only offence which means that it is subject to a statutory time limit. Prosecutions under this section, pre-amendment in October 2008, must be instituted within six months.

In 2012 the Guardian reported the existence of Operation Kalmyk, revealing that it was an investigation into Philip Campbell Smith, who was said to have hacked into the computer of Ian Hurst, a former British Army intelligence operative, on behalf of the now-defunct News of the World newspaper.

The BBC's Panorama programme alleged in 2011 that the News of the World paid Campbell Smith to intercept Hurst's emails, according to the Irish Times.

This related to the exposing of the anti-British Irish Republican Army's head of internal security as a British intelligence source. The Irish Times reported that Panorama interviewed “the hacker”, who admitted to sending Hurst a trojan.

The Met statement made much of the depth of their own investigation, which began in 2011, noting that detectives took 560 statements and recovered more than 1,500 exhibits.

It adds that "specialist technical support was obtained in order to review vast amounts of computer data" which the force claimed turned up "evidence of the use of spyware."

Operation Kalmyk saw 22 people interviewed under caution, 15 of those having been arrested, according to plod, but none were charged either under section 1 of the CMA or on alternative offences.

[The time] barrier to Section 1 of the CMA was recognised and alternative charges were considered, in particular Section 3 of the CMA – 'Unauthorised modification of computer material'.

However, after careful consideration it was felt that the expert evidence gathered in relation to the Kalmyk offences did not support a charge under Section 3.

The CPS advised the Met that charging the suspects with other potential offences was not appropriate. In respect of one unspecified allegation, the CPS acknowledged that while there was enough evidence to charge one person with an offence under the Fraud Act, it also determined that it would not have been in the public interest to do so.

Operation Kalmyk was connected to Operation Tuleta, which is ongoing. Tuleta plod continue to investigate allegations of computer hacking carried out on behalf of News International, Rupert Murdoch's British tentacle through which he owns The Sun, The Times and the Sunday Times.

It has since renamed itself News UK.

Talking to The Register a CPS spokesperson said that they "continue to advise the Operation Tuleta investigation team at the MPS."

The spokesman told The Register that no charges were brought at all under Kalmyk. All suspects were released from bail in September 2014, which was considered the appropriate action following a review into the length of time the investigation was taking.

Following a review of the evidence and the legislation in force at that time, the CPS has advised that there is insufficient evidence to provide a realistic prospect of conviction in respect of offences considered under the Computer Misuse Act 1990 (CMA).

The Met's statement reads: "We understand the complainants may be very disappointed by this decision. However, we respect and fully appreciate the CPS' decision and recognise that in this case there were complex legal and evidential issues that meant there could not be a realistic prospect of conviction." ®

Belfast Telegraph reporter Liam Clarke originally published stories based on information provided by Hurst in 1999. At the time, Clarke says he gave Hurst the pseudonym Martin Ingram, which was later dropped.