If the company's cost claims are true, other suppliers are in for a tough time 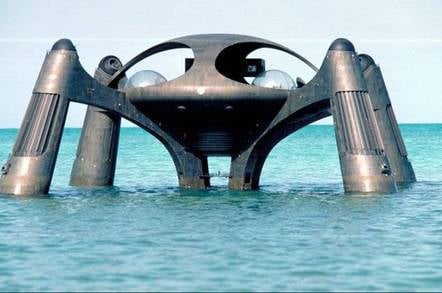 Interview Atlantis, the VM-accelerating DRAM cacher that’s moved into hyperconverged storage, has its eye on CrossPoint memory – the 3D XPoint stuff 1,000 times faster than NAND – as a way of cementing disk into a data centre coffin.

It also aims to use it to pre-empt DSSD.

CrossPoint memory was announced by Intel and Micron in July as a new memory tier, not as fast as DRAM, nor as expensive, but fast enough to sit alongside DRAM in a server or workstation’s memory address space and enable much larger app working sets to reside there. Result: faster apps and more VMs in servers.

We talked to Atlantis CEO Chetan Venkatesh at VMworld and asked him about CrossPoint memory, NVMe and ULLtraDIMMs; all technologies that can make persistent storage faster.

The Register: How do you view 3D XPoint and NVMe?

Chetan Venkatesh: Atlantis sees the emerging 3D XPoint technology, along with the current NVMe-based solutions, as a strategic differentiator for us and an important disruptor to the storage industry.

The Register: Are you going to use these technologies in your product?

Why buy a DSSD when your hyperconverged platform (Atlantis HyperScale) allows you to carve up a pool of ultra-fast performance NVRAM across COTS (commodity off the shelf) servers with 3D Xpoint?

The Register: Tell us more.

Chetan Venkatesh: As a leader in this hyperconverged space, Atlantis is positioned to take advantage of these technologies on day-one delivery to market.

We will allow customers to use 3D XPoint as primary storage for all applications in the data centre, which means they will not need to cherry pick and cost justify which applications go to flash.

Atlantis has been the first to market in-memory de-duplication and compression technologies as a way to optimise and enhance flash. This allows Atlantis HyperScale to deliver sub-millisecond latencies to all applications at the cost point of enterprise hard drive (10K SAS).

With 3D XPoint, Atlantis will extend its in memory de-duplication and compression technologies to provide sub-500 microsecond latencies to all applications in the data centre at the same or lower cost point.

The Register: What’s the end-point here?

Chetan Venkatesh: Our goal is complete commoditisation of performance – democratising flash in the data centre and making it the common storage substrate for 100 per cent of the data centre footprint.

The Register: What does this mean for your customers?

Chetan Venkatesh: Here’s a thought from Toby Coleridge, our CTO: "Atlantis will enable 3D XPoint to move below the $1/GB mark for in-memory storage, and on a blended basis 3D XPoint and SSD to be under $0.50. At this point, there is little reason to look at traditional shared storage platforms. Customers can buy a pre-integrated HyperScale appliance with 3D XPoint storage or buy industry standard hardware and manage their IT infrastructure with Atlantis USX software achieving greater agility, availability and efficiency."

Atlantis may still be regarded as a dark horse by other hyperconverged storage suppliers. They’ll classify it as just another piece of caching software to accelerate VMware virtual machines (VMs) and a supplier that's jumped on the hyperconverged bandwagon.

The thing is, if Atlantis performance and cost claims are true, other suppliers are in for a tough time, because what users want are servers executing more and larger VMs – Venkatesh did say petabyte-sized datasets, VMs executing faster and a simplified and lower-cost storage environment.

If Atlantis can do this with COTS hardware including CrossPoint memory and NVME-connected flash modules, and really match DSSD, then, as a certain Mr Robert Allen Zimmerman said: “A hard rain’s a-gonna fall.” ®