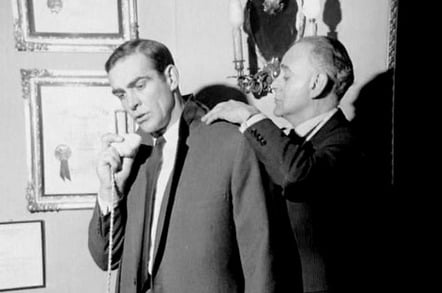 Prime Minister David Cameron has announced the long-awaited new line up of the Intelligence and Security Committee.

Former Attorney General Dominic Grieve has been appointed to the spook-eyeballing panel.

Other senior Tories include Sir Alan Duncan, who has described himself as a "respected voice on the Middle East within the party", and Keith Simpson – the only Conservative MP to have returned to serve on the committee.

Labour politicos Fiona MacTaggart and George Howarth have also reprised their roles. They are joined by their Westminster colleague Gisela Stuart, who previously served on the defence committee.

SNP MP Angus Robertson – who is the party's leader in the House of Commons – has also been nominated to join the panel, which scrutinises the work of Britain's security services.

The Tory government made a renewed push for a Snoopers' Charter when Parliament opened under the new administration in May.

In recent days, Cameron has come under attack from critics who have questioned Whitehall's decision to kill two British citizens fighting for terrorist group ISIS in Syria. The men were targeted in an RAF drone strike last month, the PM told MPs on Monday.

In February, former foreign secretary Sir Malcolm Rifkind was forced to quit his chairmanship of Parliament’s influential security committee in the wake of "cash for access" allegations.

The ISC dissolved in March, ahead of the General Election. However, the government – particularly given its packed counter-terrorism agenda – has been slack with the process of appointing new members to the committee.

Cameron said during PMQs on Wednesday that a chair would be elected by the committee within the next few days.

When quizzed by Robertson about whether the ISC would be scrutinising the government's current security operations, the PM said: "I'm not going to contract out our counter-terrorism policy to someone else." ®