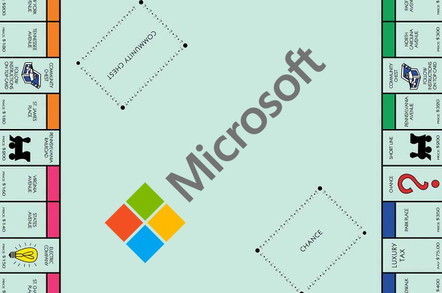 Adallom was founded in 2012 and follows the “R&D in Israel, sales in Silicon Valley” template for a range of data security products for clouds. The company's wares bring data loss prevention and reporting to cloud storage services, offering users the chance to see just who's accessed what data and to set policies to control that sort of thing.

Microsoft says it acquired the company because it “expands on Microsoft’s existing identity assets, and delivers a cloud access security broker, to give customers visibility and control over application access as well as their critical company data stored across cloud services.” Such a feature set is important because in these cloudy times “identity is a critical control plane for managing and protecting access to applications and data.”

Adallom proclaims the acquisition a “validation” of the company's approach, team and technology.

Both parties to the transaction are being too polite to mention how much money changed hands. Microsoft says Adallom will “complement existing offerings … including our recent Microsoft Advanced Threat Analytics release.” It looks like Adalllom's people and technology are part of the deal, as the company says it is “joining the Microsoft family.”

Channel partners have given a tentative thumbs up to the acquisition, and claimed security of cloud data is the reason why some IT buyers, particularly in legal and finance firms, are wary of the services.

"All cloud players need to increase the security in order to win over their customers. So this acquisition appears to bring more technology to secure data in the cloud and may lead to more adoption," said one Microsoft Gold badge wearing channel type.

Another told us that most of his clients want Office 365 and "it’s simple to ask, ‘would you like extra security with your move to the cloud?'" ®