That is, the Fire Phone is sold out – but it won't be coming back, either 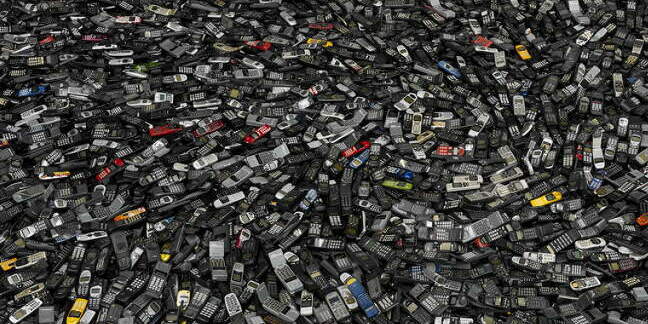 The saga of Amazon's star-crossed Fire Phone looks to have ended, at last.

The device, which was launched to much hype in June 2014, is now listed as "currently unavailable" on Amazon's e-commerce sites.

A note on the Fire Phone's official product page says, "We don't know when or if this item will be back in stock" – and you'd think Amazon would know.

So has the Fire Phone line actually been canceled? An alternate explanation would be that Amazon has merely cleared out its inventory in anticipation of launching a new model, a tactic often used by consumer tech outfits like Apple and Samsung.

That's not the likeliest explanation, though. In August, the Wall Street Journal reported that Amazon had laid off "dozens" of engineers at its hush-hush Lab126 facility in Sunnyvale, California, where madcap ideas like the Fire Phone are born.

Lab126 is thought to employ a total staff of around 3,000, and Amazon has reportedly kept pouring millions into it despite the Fire Phone flop. Its more recent creations include the Amazon Echo always-on two-way speaker and Dash, which lets you reorder frequently used items from Amazon's online store with the push of a button.

But while Amazon doesn't release much in the way of sales information about its gadgets, they're generally thought to be selling slowly. If it produces any more major flops, Lab126's future could be in jeopardy.

The Fire Phone itself obviously bombed. Its highly touted pseudo-3D screen didn't capture customers' imaginations the way Jeff Bezos – who reportedly pushed for the feature – seemed to think it would, and within three months of its launch Amazon had slashed the price of the 32GB model to just 99 cents with a two-year contract.

Someone apparently bought it, though. An Amazon spokeswoman told El Reg via email, "We have confirmed that we have sold through our Fire phone inventory and do not plan to replenish supply at this time. We will, of course, continue to support our Fire phone customers."

She would not comment, however, on whether Amazon plans to launch another Fire Phone model. Late last year, industry sources were buzzing that Bezos was 100 per cent committed to the project and that Amazon would "iterate" until it found a winning formula – but that it would take its time in doing it.

The spokeswoman also would not comment on the future of Lab126 or Amazon's gadget plans generally. ®