In a mature market, ‘better to be the big guy than little guy’, says Lenovo Euro pres 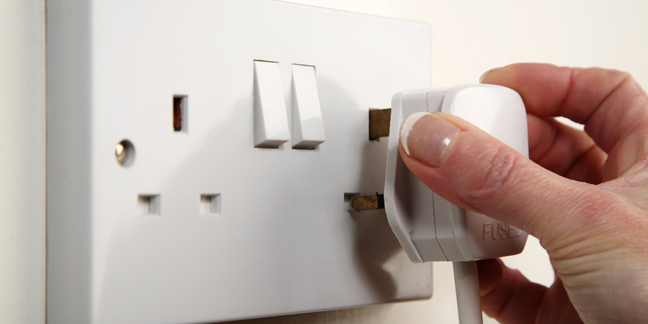 Texan Mick, founder and CEO at Dell – the PC company which took his surname – reckons in five to seven years it will be game over for most of the stragglers currently selling computers.

The three biggest shifters of such tin – Lenovo, HP and Dell – already account for more than 50 per cent of shipments globally, but that will be closer to 80 per cent in the forecast period.

Or so the man Michael told a conference in India, stating that “in the first half of this year, we outgrew the two (HP and Lenovo) in notebooks and we have now grown ten quarters in a row”.

Since Dell was taken private again by the founder and his private equity chums, the industry only has Michael’s word for this, and of course data from analysts that track the PC industry.

As we’ve already pointed out, the Taiwanese company is struggling to find a way forward, its share price is down 50 per cent this year and financial results are hardly tickling the right spots.

Asus is another company on the fringes of the top five global giants, and it too has suffered at the hands of Lenovo, which has set itself the goal of taking 30 per cent of global PC sales ASAP.

As of Q2 this year, all three titans had consolidated market share, with Lenovo accounting for 19.7 per cent of sales, HP holding steady at 17.4 per cent, and Dell up to 14 per cent.

Eric Cador, Lenovo president for Europe, told us that in a mature PC market, “it is better to be the big guy than the little guy, because it is expensive and you need to have a better balance sheet”.

“Financially it is tough,” he said, “there is nobody arguing that we will not be there in the future. The market trends toward commoditisation ... plays totally in our favour. We know how to play the low-cts environment."

Samsung and Sony have already thrown in the towel, Toshiba Corp is facing financial troubles, and the relatively minor PC operation looks likely to be sold or shuttered at some point in the future.

Cador reckons consolidation is inevitable, but unlike third placed Dell, he thinks “you need to be in the number one or two position to have a chance to make some profit”.

"Size is obviously a key factor in survival, not only to get the best deals on pricing, achieve viable volumes and generally have clout, it’s also about weathering the industry’s downturns, not to mention low margins."

But he used the example of Compaq to remind the big three that while "size matters", it is "no guarantee of success".

We asked HP for comment last night but have yet to hear from it. ®