Drones need their own version of Asimov's laws of robotics – MEPs 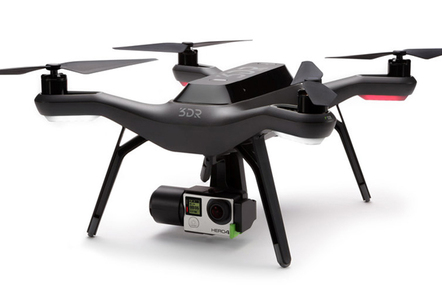 The European Parliament’s civil liberties committee on Thursday warned lawmakers to take concerns about data protection and surveillances seriously in drawing up new rules for drones.

The opinion, approved by 50 votes to four, will now be sent to the Parliament’s transport committee, which is leading the charge in coming up with measures to regulate drone use. As the cost of Unmanned Aerial Vehicles (UAVs) drops, the number of them in use has shot up, taking the European Commission by surprise. However, Transport Commissioner Violeta Bulc has vowed to present new laws to overhaul existing rules as part of the Aviation Package before the end of the year.

“Asimov’s laws helped to make [fictional] robots acceptable to people. We need to do the same thing for civil drones. Europe must develop safety rules focused on addressing the risk associated with operating a drone. Those rules must be proportionate to that risk,” said Bulc. “These technologies are wonderful if they contribute to the welfare of European citizens. But they raise concerns if citizens feel that drones intrude in their private lives; if they illegally gather data; or if drones become flying nuisances.”

Dutch MEP Matthijs van Miltenburg said that data protection is hugely important, because “the use and application of drones could really harm privacy”. But there are other issues. “In the transport committee, we are now in the phase of trying to reach an agreement. Some MEPs advocate a distinction between commercial and personal use, which I personally disagree with. We are also looking at competencies. EASA (the European Aviation Safety Agency) is competent to regulate drones above 150kg, but drones are getting lighter and lighter so a change in the rules is certainly needed,” he told El Reg.

EASA put forward its suggestions last week, advocating a risk-based approach to regulation. It points out that weight is no longer the most reliable measurement of risk – for example, a large unmanned aircraft operating over the sea poses less of a risk than a smaller one hovering over spectators in a stadium. Currently, drones weighing less than 150kg are regulated by national authorities rather than across the whole EU. In the UK, the Civil Aviation Authority has already expressed its willingness to levy fines for inappropriate drone use.

The agency also proposes making geo-fencing mandatory and to give national authorities the power to create "no-drone zones" where a UAV cannot be flown without specific permission. Some local authorities already implement this – in Berlin, operators need a licence to fly higher than 30 metres.

EASA is also holding a public consultation on the issue and invites any feedback or recommendations before September 25. ®