UK gov’s financial pledges yet to filter down 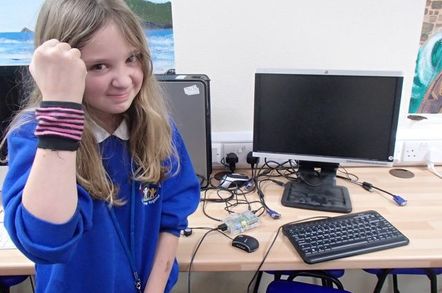 A number of schools have failed to train their teachers in the government's flagship computing curriculum introduced last year, which was intended to turn Blighty into a nation of coders.

One third of 27 secondary schools teaching kids up to and including GCSE level have failed to spend any money training staff in the computing curriculum (on the new Key Stage 3 and 4), according to a number of Freedom of Information responses sent to software company MapR Technologies.

In contrast, the research revealed some schools had spent thousands training staff, indicating a huge disparity between institutions.

In September last year, coding came into force as part of the national curriculum, with youngsters from the age of five now learning computing skills.

Then education secretary Michael Gove, said: "These are precisely the sort of skills which the jobs of the future – and, for that matter, the jobs of the present – demand."

The Register asked the Department for Education how confident it is that teachers are qualified in the curriculum, and what it is doing to ensure the right capabilities are in place.

A spokesman did not respond to the specific question, but said the government has provided £4.5m to "make sure teachers have the confidence and knowledge to teach this new curriculum and are engaging leading technology companies to support schools delivering it."

He added a number of schemes have also been established, such as the £25,000 graduate teacher bursary backed by Microsoft, Google, IBM and Facebook.

Paul Tarantino, Director at MapR Technologies, said: “Last year the government pledged £3.5m on new curriculum training. But this information shows that it’s simply not being filtered down so that every young person has a trained teacher."

"It’s shocking to see such a huge discrepancy in what was said in the run up to the election compared with what these promises have translated to on the ground," he added. ®

Edtech will save our schools from cuts and spare our teachers from burnout, booms UK.gov

But handle with care to dodge dominance of Google, Microsoft