But can the stables be cleaned? And does anyone actually want to clean them? 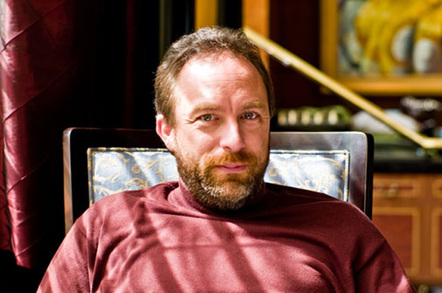 Analysis “It’s the wisdom of the crowd that gives you the best results in the long-term.” Rory Cellan-Jones, BBC

No media mogul in history has ever matched the power of Wikipedia, which is capable of damaging reputations on an industrial scale. But with no checks in place to identify contributors, it was only a matter of time before fraudsters and blackmailers took advantage of Wikipedia to use it systematically, for profit.

The Independent newspaper reported that this is exactly what has happened: hundreds of individuals and businesses were scammed by editors, who fraudulently claimed to improve reputations and even blackmailed subjects who didn’t pay up.

There are serious questions to be asked, not only of Wikipedia’s community structures – which encourage and protect anonymous editing – but also of the Wikimedia Foundation (WMF) itself. The charity has amassed assets of over $70m and a ready cash pile of millions of dollars, thanks to aggressive fundraising which suggests donors must pay to keep the site online (in reality, only around $3m is required to run the site every year). Yet the Foundation has little power to compel anyone to do anything: the community makes its own mind up. Neither seems able to bear much self-examination.

On Monday, a WMF blog post referred to a “clean up” of rogue editors, without saying why the stable was being cleaned. It’s hard to imagine WMF didn’t know at the time it commissioned this blog post that the “expulsion of the sockpuppets” was why, and the why concealed a much bigger and more troubling story. This was like Moscow announcing the invasion of Russia by saying one or two roads may be closed.

The timing is also unfortunate: the UK chapter of Wikimedia (WMUK) has its own in-house “rogue editor”. The charity is currently embroiled in its own scandal after the then-Conservative Party chairman Grant Shapps found his reputation smeared in the middle of a general election campaign by a WMUK staffer. The perpetrator turned out to be a Lib Dem political activist, who has since been sanctioned by the “community”, but not by his employer: the charity refuses to take responsibility for his behaviour, accepting at face value his justification that his work on damaging Shapps was done in his own time.

Next page: Is it possible to clean this house? Yes, but they won’t do it
Page:
Tips and corrections
115 Comments