The hacker that rocks the cradle 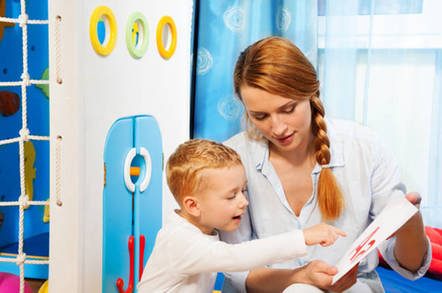 Internet-connected baby monitors are riddled with security flaws that could broadcast live footage of your sleeping children to the world and his dog, according to new research.

Isolated real-world reports of hacking of baby monitors date back at least two years, so it’s not as if the problem is new.

Last year privacy watchdogs at the ICO warned parents to change the default passwords on webcams to stop perverts snooping on kids.

The warning followed a security flap created by the site, hosted in Russia, that streamed live footage ranging from CCTV networks to built-in cameras from baby monitors. The website itself – insecam.cc – accesses the cams using the default login credentials, which are freely available online for thousands of devices.

Three popular baby monitors were found to each have a critical vulnerability impacting their overall security.

The three critical issues would allow:

The Philips In.Sight B120, iBaby M6 and Summer Infant Baby Zoom all left live streams easily hackable because of a lack of authentication or other security controls.

These critical vulnerabilities are particularly bad news for parents who rely on affected devices. The other security issues raised, especially those related to exposed remote access protocols and featuring hardcoded credentials, can be risky depending on their network accessibility, Rapid7 warns.

All of the tested devices run a fully-fledged operating system and therefore offer a point of attack for purposes other than abusing the baby monitor’s intended functionality.

Rapid7 told affected manufacturers and US-CERT about the bugs it found back in early July, but many of vulnerabilities remain unpatched two months later.

During the course of the vulnerability disclosure process, we saw vendors exhibit the entire range of possible responses. One vendor was impossible to contact, having no domain or any other obvious internet presence beyond an Amazon store listing.

Some vendors did not respond to the reported findings at all. Others responded with concerns about the motives behind the research, and were wondering why they should be alerted or why they should respond at all.

On the exemplary side, one vendor, Philips N.V., had an established protocol for handling incoming product vulnerabilities, which included using a documented PGP key to encrypt communications around this sensitive material.

Philips was also able to involve upstream vendors in pursuing solutions to those technologies provided by others. Weaved, a provider of an IoT-in-the-cloud framework for Philips, was especially open with and responsive to the authors of this paper.

Rapid7 has published more details of its research (and further background material) on its Internet of Things microsite. ®