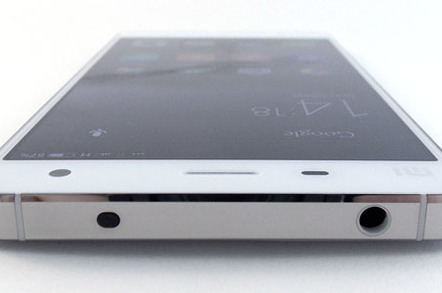 Rising Dragon Xiaomi is reported to be revving up the tanks to park on Apple’s lawn with the launch of a laptop.

The new lappie is rumoured to be a high-end 15" notebook pitched at the MacBook Air, but at half the price. Rumours of the project have leaked to Bloomberg from component suppliers, who say that the company has been talking to Samsung about supplying memory and possibly displays.

Xiaomi has the deep pockets to take on the highly competitive, shrinking and thin-margin computer business. It has raised $1.4bn from investors and has grown to be the number-two smartphone in China on a growth curve that will soon take it ahead of Apple for the top spot.

Taiwanese website Digitimes claims that the new laptop will eschew Windows for Linux. This is a move that might point to a port of the Xiaomi MIUI user interface used on the phones to the laptop and would be consistent with the company’s plans to be a source of content as well as hardware.

It’s believed that Xiaomi has been talking to manufacturing giants Inventec and Foxconn Electronics about the project.

The move into computers would be a new front for the phone company, which has just launched in India and is about to start selling phones in the US and Europe. ®

Trump-heralded deal proving to be an expensive mistake