Cause if you get it wrong, you'll get it right next time (next time) 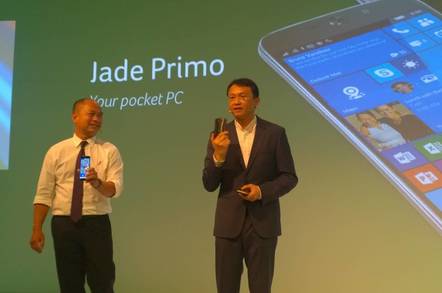 IFA 2015 Acer will release the "Jade Primo" PC Phone later this year, running Windows and taking advantage of Microsoft's Continuum feature to behave like a PC when connected to an external display, keyboard and mouse.

"The goal is to extend the Windows experience from mobility to desktop. It is an important step towards the vision of putting a PC in your pocket," Acer's president of Smart Products ST Liew told The Register.

What kind of market does Acer see for such a device? "It's a productivity market, a business market" said Liew. "We are going to sell it with a whole collection of accessories, such as wireless keyboard, mouse and docking station. Walk into the office, plug in and go."

The processor will be a Qualcomm Snapdragon 808, and there will be 3GB RAM and 32GB Storage, he added, though specifications may change.

The Pocket PC name is not new. Microsoft launched the Pocket PC in April 2000, with Windows CE 3.0 and a mobile version of Office. The name was used until early 2007, when it was retired in favour of Windows Mobile 6.

Some Pocket PC devices featured a clamshell design with a keyboard. Despite these attractions, the limited capabilities and general usability failings of these devices means they are remembered with little affection.

The Continuum concept is new to Windows though, and in theory it is a viable approach to the problem of keeping your PC in sync with your mobile device: they are one and the same.

When Nokia adopted Windows Phone in 2011, its goal was to establish a third mobile ecosystem alongside Apple and Android. The Nokia Windows Phone story ended first in acquisition by Microsoft, and next in the write-down earlier this year of the value of that acquisition and widespread job cuts in that division.

It is no longer clear that Microsoft plans to compete in the mainstream smartphone market. The Jade Primo and devices like it may be the future of Microsoft's phone platform, small form PCs that are also phones. It is a lesser vision, but more in tune with Microsoft's existing strength in the business computing market. 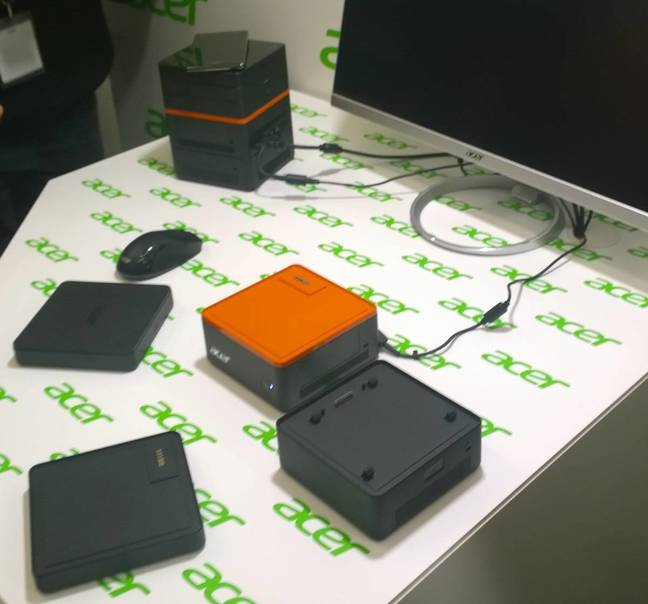