Sixteen Does fingered for piracy in Portland 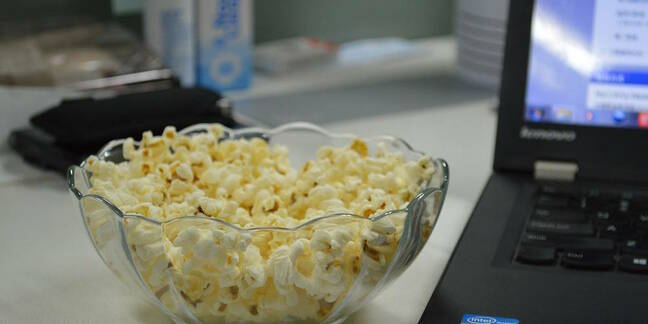 Another US movie studio has filed suit against users alleged to have illegally viewed movies with the Popcorn Time app.

In a lawsuit [PDF] filed in the Portland US District Court, the production company behind the 2015 film Survivor accuses 16 unnamed users of pirating its film.

According to Survivor Productions Inc., the 16 Does used the open-source Popcorn Time application to illegally view the Pierce Brosnan action flick via torrent. While no names were given, the production company says it has IP addresses and geolocation information for the 16 defendants.

Popcorn Time has arisen as the new favorite target for movie studios and copyright groups who say the app, available on both desktops and Android, lets users easily find and stream pirated movies.

"Each defendant has been confirmed to be using the Popcorn Time file sharing software that is specifically designed for and intended for committing theft, including theft of plaintiff's motion picture," the suit reads.

"Each defendant has been established as a user of the Popcorn Time who willfully infringed plaintiff's rights. "

The studio seeks a permanent injunction barring the 16 users from any further use of Popcorn Time as well as damages and attorney fees. The suit asks that the case be brought before a jury for trial at a date to be determined.

The case is the second to be brought in the US against Popcorn Time. The studio behind the Adam Sandler film The Cobbler brought suit in Nevada against 11 Does alleged to have streamed the film. In Norway, a pro-copyright lobbying group claims it has a list of 75,000 Popcorn Time users who could be facing legal action for streaming movies illegally. ®