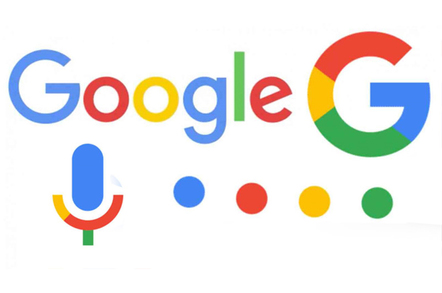 Logowatch Paradigms were shifted and the Earth possibly wobbled a little on its axis yesterday as Google announced a new logo to brand its continuing drive towards total world domination.

According to a blog post, the revamp includes a fresh face and an "identity family", all suitable for deployment across the bewildering and exciting range of devices by which modern humans communicate with the internet.

Google said: "Today we’re introducing a new logo and that reflects this reality and shows you when the Google magic is working for you, even on the tiniest screens. As you’ll see, we’ve taken the Google logo and branding, which were originally built for a single desktop browser page, and updated them for a world of seamless computing across an endless number of devices and different kinds of inputs (such as tap, type and talk)."

Huzzah. In case you're wondering to just what degree your life will be more fulfilled and meaningful as a result of Google's visual reinvention, check out the somewhat creepy video which accompanied the announcement:

To underline that is this is the most important event on planet internet since Kim Kardashian balanced a glass of bubbly on her improbably ample hind quarters, here's the tech section of Google News this morning, with Google right up there in top spot: