If the LTE gang gets its way DTT is toast, says report 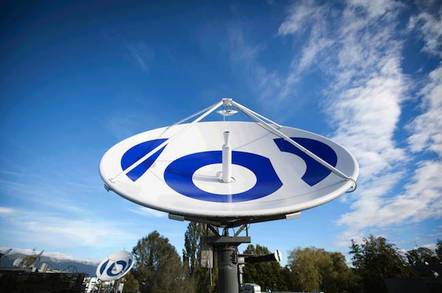 The brief answer is “No, it can't.” The fact sheet explains some of the problems: for instance, protection of LTE base stations from DTT would mean a separation between the two types of transmitters of hundreds of kilometres. You couldn't, say, use LTE in the Netherlands and expect to have a digital terrestrial television (DTT) service in Belgium, or parts of France and Germany.

The good news, according to David Hemingway, chairman of the EBU's Spectrum Management and Regulation group, is that all the regional organisations in Europe and Africa (International Tleecommunications Union Region 1) have a common position, and oppose the co-allocation of the DTT frequencies for mobile.

That's particularly important as DTT already has 43 per cent less space than it used to, and any further reduction could hamper its ability to evolve. In the UK, Hemingway told The Register: “We've been simulcasting DVB-T and T2 for six years, and we're not at the point where we can consider a switchover. Any further change, such as HEVC, would be seriously hampered by a lack of spectrum.”

But if the whole of Region 1 is behind protecting DTT, we're safe, right? Not so fast. Although frequencies are allocated by region, the WRC Agenda talks of global harmonisation, and there are some – particularly in the Americas – who would very much like to see mobile services rolled out. So, the WRC has to balance the benefits of harmonisation against the disruption caused to DTT.

So far, it looks like the siren voices whispering about a non-stop stream of royalties rollout of LTE have failed to persuade more than a handful of countries in Region 2 – the Americas – to support their plans. Although even the smallest of Caribbean nations each has a vote of its own, the USA has a lot of clout. There are already enough members of the LTE gang to prevent a common position being adopted. In other words, we can't be certain of the results for sure until WRC–15.

As the EBU's Hemingway told us: “The only way to safeguard DTT is to have no allocation for mobile. Once this has been decided, it can't be revisited until a subsequent WRC.”

The next one is likely to be 2019, and the agenda will be set at this year's meeting.

However, informal rules generally mean that the same items aren't featured on successive agendas. The Lamy report recommended reviewing use by 2025, so revisiting the allocation around then would, according to Hemingway, be appropriate.

As long as DTT is protected in Region 1, and everyone plays by the rules, DTT in general – and Freeview in particular – should have at least another ten years' life in it. But in the UK at least, there's still going to be a spectrum squeeze. After 2020, there'll only be space for six multiplexes, rather than the eight we have at the moment. ®

Review Turn your iMac into a telly

Review Smaller than a Flash drive

Audit uncovers rows over what was required, deliverable

Ofcom can prise my telly spectrum from my COLD, DEAD... er, aerial

Breaking Fad Let's have a mass debate shall we?