Running from the law? Better stay in the bush. 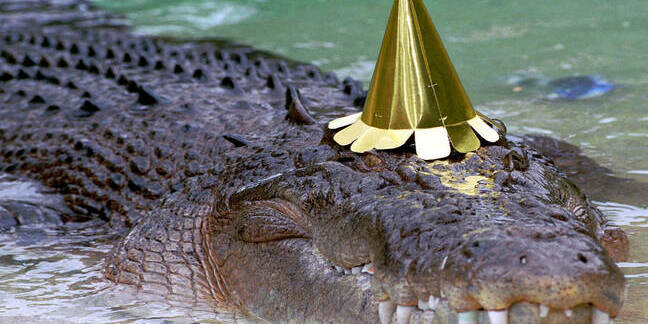 Cops in crocodile-infested Northern Australia will use facial recognition matched to photos from CCTV and body-worn cameras to capture felons across the vast state.

The law will identify potential criminals from its network of 190 CCTV cameras and those in use in the Northern Territory's ongoing trial of body-worn cameras pinned to the shirts of officers.

Mobile CCTV will be wheeled into emerging crime hotspots and during major public events where crowds can be screened by the facial recognition tech.

Some 100,000 images captured by Australian cops using body-worn cameras, CCTV, and drones have been loaded into the system.

A trial of the platform pinned 300 persons-of-interest lurking in the Top End earlier this year. Those included a looter of fishing gear and a trespasser on Charles Darwin University.

"The technology is helping reduce investigation times by enabling investigators to quickly identify or rule out suspects soon after a crime has been committed.

"It could also assist police to identify missing persons and also those in the community who suffer from Alzheimer's or other similar health issues to assist police in getting them the care they need."

Northern Territory Police tell Vulture South the agency does not use drones to capture criminals across the state. However, top cops and politicians have called for military UAVs to patrol the state.

The Australian Federal Police called for a federal inquiry into the possibility of using Defence drones in the state claiming it would "greatly enhance intelligence and surveillance operations". ®