Yeah, actually, you know those costs, they’re not 'viable' now 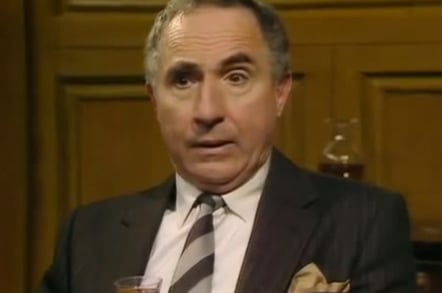 Exclusive The department for Business, Innovation and Skills has shunned a major outsourcing deal with Steria and the Cabinet Office, embarrassingly citing the costs and risks of the project as "no longer viable".

BIS had a contract in place to outsource its finance HR and payroll services to the Steria-run Shared Services Connected Ltd (SSCL) this year. But having taken a closer look at the details, the department has had a change of heart.

The shared services strategy was launched by the Cabinet Office to much fanfare in 2012, with the two privately-run centres touted as contributing toward £400m-£600m in back office IT savings. The savings were expected to be derived by ensuring "lower cost Enterprise Resource Planning (ERP)".

A spokeswoman from BIS said: "A number of factors changed since the placing of the contract, and based on costs, service and level of risk, it was no longer a viable option and an agreement, endorsed by Cabinet Office, was reached to terminate the contract."

"We are currently considering options for a future shared services model for BIS and partner organisations," the department said.

It is unclear how much has been saved since the centres were opened in 2013. The Major Projects Authority has flagged the project as being at high risk of failing to deliver, and sources have also indicated the programme is not going well.

The majority of migrations were originally supposed to be complete by the end of last year. However, the MPA noted that both the arvato-run centre for SAP licences and the Steria centre to manage Oracle licences had been hit by "replans".

Nevertheless, last week the Metropolitan Police Service signed up to outsource its back office IT to Steria.

Hundreds of back office IT jobs at the Metropolitan Police Service are to be made redundant under the ten-year, £216m outsourcing deal, which is thought will save £100m.

According to an FOI response, the force's yearly wage bill on IT staff comes in at £40.1m, meaning most of the cost savings will likely come from staff cuts. ®

Sopra Steria exec on warpath as its UK Government profit crashes ... by millions

Steria, the MoJ and a £56 MILLION Shared Services write-off

'In house' project in the outhouse... Let's outsource