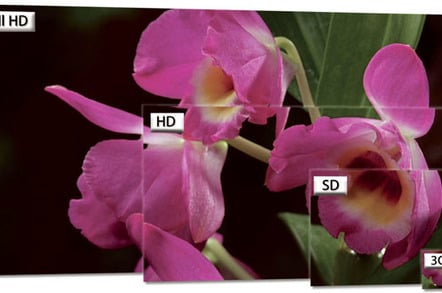 Some of the largest companies in online media have banded together to battle back against excessive patent licensing fees for streaming video.

Broadcasters who want to use HEVC must buy licenses from both the MPEG Licensing Authority (MPEG LA) and HEVC Advance, which has caused worry that it will end up being rather more expensive than H.264.

The Alliance members, meanwhile, have all agreed to waive royalties, both for their new codec implementation and for any patents they own that go along with it. The work will be done under the World Wide Web Consortium (W3C) patent policy and any code will be released under the Apache 2.0 license.

To help with some of the legal hassles involved with that, the Alliance will operate under the aegis of the Joint Development Foundation, a nonprofit that provides corporate and legal infrastructure for industry groups. As Mozilla's David Bryant explained in a blog post:

One of the biggest challenges in developing open standards in a field like video codecs is figuring out how to review the patents. The Alliance provides a venue for us to share the legal legwork without having to worry about it being used against us down the road. That distributes the load, allows us to innovate faster and cheaper, and gives everyone more confidence that we are really producing a royalty-free codec.

The new codec won't need to be built from scratch. Several of the Alliance's members have already been working on royalty-free video codecs independently, including Cisco's Thor, Mozilla's Daala, and Google's VP10.

The Alliance will pool the tech from those three projects as the starting point for whatever it comes up with, which Bryant said Mozilla expects to be a "truly world-class" codec.

Among the stated goals of the project are to produce a codec that's "scalable to any modern device at any bandwidth," yet is optimized for the web and doesn't overly tax small devices like standalone streaming media players.

One major goal is to create something that reduces the amount of bandwidth needed for streaming 4K video, which is still out of reach for most customers but will be a biggie for the likes of Netflix.

For now, though, the Alliance is still just starting up. More information about it, including how other companies can sign up, will be made available later this year. ®