So, was it really the Commies that caused the early 20th Century inequality collapse?

Or summat else entirely? 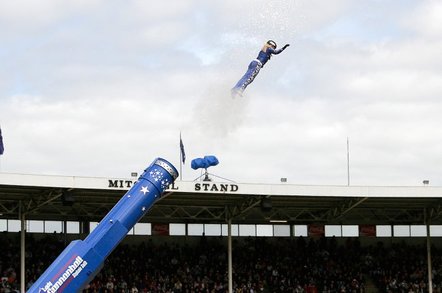 Worstall @ the Weekend What with both the Corbynistas and Sandersistas on their various sides of the pond bringing back into the political mainstream the somewhat discredited ideas of state directed economies and socialism lite, perhaps it's time to have a look at one of the arguments used to bolster those ideas.

Which is that post World War Two growth, when we had that sort of stuff going on, was pretty good. In fact, it was better than pretty good: it's the best sustained period of growth the currently rich countries have ever had. So, maybe there is something to this strong unions, government management of the economy, picking industrial winners and all that.

It's also worth considering French economist Thomas Piketty's works on the collapse in inequality. Maybe we should deliberately lower inequality with very high tax rates and all the rest in order to get us some of that lovely growth of the 1950s and '60s?

I, obviously, am unlikely to agree but it's worth laying out why I might not: to explain what did happen but without calling that government action into the story. This is all sparked off by this interesting piece by Branko Milanovic:

Now, this idea comes from the fact that rich capitalist countries experienced an extraordinary period of decreasing inequality from around 1920s to 1980s, and then since the 1980s, contradicting what a simple Kuznets curve would imply, inequality went up.

It so happens that the turning point in the 1980s coincides with (1) acceleration of skill-biased technological progress, (2) increased globalisation and entry of Chinese workers into the global labour market, (3) pro-rich policy changes (lower taxes), (4) decline of the trade unions, and (5) end of Communism as an ideology.

So each of these five factors can be used to explain the increase in inequality in rich capitalist countries.

Worth noting here that on matters of international inequality Milanovic is The Man.

He was previously at the World Bank and now at the Luxembourg Income Study, the centre for looking at such things (where Paul Krugman is the public face and Milanovic the technical one). His empirical work is the standard story on what has been happening. Not quite why, but what, we're all working to his numbers.

The paper posits an interesting idea. That the closeness of the Soviet Union to you would increase the political willingness (or necessity, perhaps) of doing something about the inequality inherent in a capitalist society. That measured by geographical closeness and also military spending per capita relative to the USSR. And there does seem to be an empirical link.

So far so fascinating. And I would certainly agree that those five different reasons listed could have an effect on inequality but with a lot of emphasis on could. However, I am deeply unconvinced that all of this is in fact the reason why inequality decreased and then increased, nor what explains that post-war growth spurt.

To repeat the story that's being bandied about at present: post-WWII we did indeed have strong unions, we had high marginal tax rates on the rich, lots of government involvement in, control and ownership of chunks of the economy, and we also had high per capita economic growth. The standard story being waved around on the left is that this is not mere correlation but a causal relationship. Thus, we must go back to having those policies so that we get that lovely growth back.

As above and as you would expect I don't agree with this story. The why is that this is only correlation and as to whether I manage to prove that, well, that's up to you. In my story the original collapse in inequality was due to a technological change and the rapid post WWII growth was due to the speed at which general technology was absorbed into the general economy.

Next page: On the matter of that WWII growth spurt
Page:
Tips and corrections
155 Comments

We have the best trade wars: US investigating French tech tax plan over fears it unfairly targets American biz

How dare they. There are shareholders to consider