Administrator tries to squeeze blood out of Stone Computers' parent 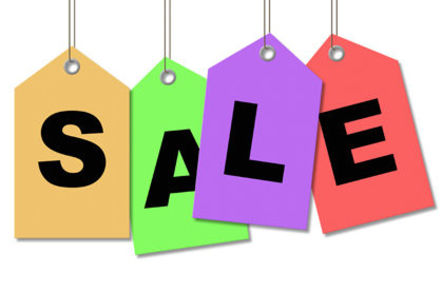 Exclusive Senior execs at financially strapped Stone Computers Ltd (SCL) have bid £28.43m to buy the business in a pre-packaged sale after placing the parent company Stone Bidco into administration.

But under pre-pack regs, administrator Duff & Phelps has to allow 45-days for someone else to make a rival offer and Stone founder and former CEO James Bird is mulling over that option.

In a statement of administrator’s proposals, seen by us, SCL revealed it was unable to service growing debts that totalled £37m, a problem that we have pointed out on more than one occasion when covering its financial results.

One third of the loan notes were due to be repaid on 30 June but top brass knew they “did not have the financial resources to make those payments”.

Execs including CEO Simon Harbridge were obviously aware of the likely financial shortfall well in advance, and in April hired D&P to consider “restructuring opportunities”.

Stone Bidco, which was set up in 2008 when Stone management bought out Bird and other ex-execs, owned 100 per cent of SCL shares. The company was put into administration on 18 August.

In the report, D&P based the valuation of the business on SCL’s previous engagement in 2014 with advisor Cavendish, which Harbridge instructed to “undertake an extensive sale mandate to seek a buyer”.

Cavendish identified 129 potential acquirers – 104 in the trade and 25 private equity houses – but despite getting close to the wire with two, no one wanted to acquire SCL, a system builder that specialises in the Brit public sector.

In addition to reviewing the previous sales process, D&P considered a share valuation for SCL, undertaken by PWC in 2013 on behalf of ultimate parent company Stone Topco.

This work indicated a valuation based on an multiple of four and a half times EBITDA of £5m, leading to a valuation of £22.5m less bank debt of £7.4m, leaving a value of £15.1m.

On the back of Cavendish’s attempted sale, D&P said it decided not to lead a similar sales processes. And to “avoid delay or adverse impact” on the trading operation and its value, administration and a “pre-packaged sale” was the best outcome.

The report added that based on the level of offers when Cavendish looked for a buyer, and the share valuation work, “it was clear that the value of the shareholding on SCL was not at a level that would enable the creditors of Bidco to be paid in full and that as a body they would be facing a significant shortfall”.

The creditors or loan note providers of Bidco include Bird and previous execs at the company that sold the business in 2008. It seems unlikely the loan notes were guaranteed, and so Bird and Co seemingly stand to lose money on loan notes owed to them.

Mindful of this creditor shortfall, SCL management and private equity partner RJD “expressed an interest in acquiring the shareholding in SCL via a Newco".

Granite One Hundred Holdings Ltd, the new vehicle, was incorporated on 29 June, and used to make an offer to D&P for SCL’ shares via the pre-pack purchase.

SCL was not openly marketed for sale when in administration, based on this offer, because D&P did not expect to receive a better offer.

The sale had the approval of the bank, Barclays we understand, and 74 per cent of the company’s unsecured creditors. The bank has now received the £7.37m owed to it, the report confirmed.

We called Harbridge two days ago to ask about the changes, that seemingly put Bird and former SCL execs out of pocket.

He told us SCL continues to trade, all “creditors, suppliers and staff” were unaffected by the administration of Stone Bidco and that “it’s [the administration] not what it appears to be at first sight”.

“It is business as usual,” he said, of the trading entity SCL.

But we contacted Bird and he confirmed he is “considering” the option to “engage and make an offer”.

D&P has the duty to get the best outcome for creditors and so must allow for a one and a half month grace period before the deal with Harbridge and co at Granite One Hundred is signed and sealed. ®