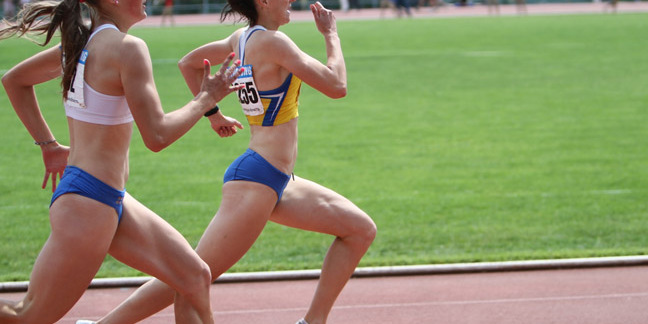 Apple is preparing to haul past Fitbit on sales of wearables after just four months, according to IDC.

The fruity firm sold a total of 3.6 million watches in the second quarter, having only released the phone-dependent wristable in April.

Apple closed to within 0.8 million units of Fitbit, which has been pumping wearables since 2007. Two out of every three "smart" wearables shipped – those which can run apps – was an Apple Watch, IDC said.

Fitbit just retained its grip on number-one, with 4.4 million units.

Garmin and Samsung rounding out the top five – selling less than a million units each and garnering less than four per cent market share.

According to IDC, the total number of wearables sold during the quarter landed at 18.1 million units, up 223.2 per cent over the same period in 2014.

Ramon Llamas, research manager for IDC's Wearables team, attributed the increase to the Apple Watch. "Anytime Apple enters a new market, not only does it draw attention to itself, but to the market as a whole," he said in a statement.

"Fairly or not, Apple will become the stick against which other wearables are measured, and competing vendors need to stay current or ahead of Apple. Now that Apple is officially a part of the wearables market, everyone will be watching to see what other wearable devices it decides to launch, such as smart glasses or hearables." ®