Velostrata gets you on yer bike to the compute cloud

Decouples from storage with an on-premises element 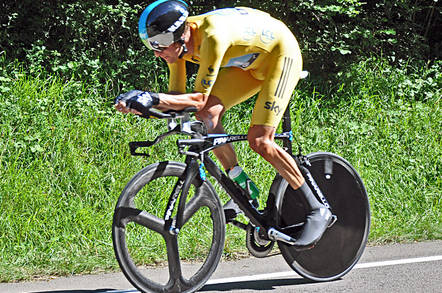 Racing to the hybrid cloud

Interview/Analysis Velostrata sounds like a bicycle brand. In fact, it's a compute cloud-bursting startup marrying on-premises storage with public cloud compute and has burst onto the scene from its Israeli base, apparently out of nowhere with $14m in A-round funding.

We’ll get to its history later: first the technology. Velostrata claims it decouples compute from storage by running VM images in the cloud while storage remains on-premises.

It says it can stream production workloads to and from the cloud in minutes and at the click of a button, “without the risk, cost, time or complexity associated with migrating storage”. It optimises performance end-to-end and is called a real-time hybrid cloud system.

When spikes in compute demand occur, VMs can be transferred – burst – to the cloud and run on elastic server resources there, bypassing server resource limitations on-premises. You don't need to overprovision the data centre or pay for expensive block storage 24x7 in the cloud. That’s the theory.

If the storage remains on-premises, though, that means a VM compute instance in the cloud makes IO requests to storage on-premises, necessitating network round-trip latency and on-premises storage data access latency: not ideal.

Two early users of its system enthused about the performance, though:

It seems to us that the IO performance is going to be the vital thing. If it flies, fine. If not, then Velostrata isn't going to fly.

We asked the company some questions about its technology:

El Reg: Velostrata moves virtual servers (VMs) to the cloud, but leaves their storage on-premises. Do the now cloud-resident VMs access the on-premises storage? How?

Velostrata: Yes, Velostrata offers a highly optimised in-data-path channel that connects cloud-resident VMs with their VMDKs (both boot images and data disks) on-premises in a transparent way, without requiring any tedious preparation and conversion and without changing their applications, replicating storage to cloud or modifying configuration on-prem.

El Reg: Is some kind of WAN optimisation and data reduction involved?

Velostrata: Absolutely! We implement sophisticated Read and Write-back multi-tier caching, fine-grained network and storage de-duplication, read-ahead, compression, predictive prefetching of workloads and more. Furthermore, we uniquely offer real-time streaming of boot images, which enables VMs to be up and running in minutes, versus weeks or months.

El Reg: Are the data the VMs need cached in the cloud using some kind of cloud storage gateway?

This solution allows the customer to maintain a smaller, fixed footprint of performance storage on-prem and curb storage capacity growth in on-prem storage.

Velostrata offers almost the opposite: the ability to extend the compute infrastructure on-premises with public cloud’s on demand capacity, while keeping corporate data safely stored on-prem.

Virtual machines execution can migrate in minutes and without prior planning or preparation between on-prem and cloud, to achieve the most effective balance between cost and agility.

This creates a truly hybrid cloud environment that can be leveraged to realise cross-geography opportunities never achievable before in use cases such as peak loads, DR and facility consolidation to serve remote locations where cloud data centres offer regional compute proximity.

El Reg: What is the cloud-resident VM's run time conferred to the same VM and workloads running on-premises?

Velostrata: Velostrata is fully integrated with the native vCenter UI through a plug-in, and also offers orchestration and cloud management tools via REST APIs.

As such, IT administrators can continue to use the same methods and operational context for managing VMs, with the addition of a “cloud extension” that can be used to run workloads on.

El Reg: How is the Velostrata technology charged for and priced?

Velostrata: We have subscription-based pricing based on number of VMs. More details on pricing will be shared at GA.