Perhaps the AIpocalypse isn't imminent – if Google Translate is anything to go by, that is 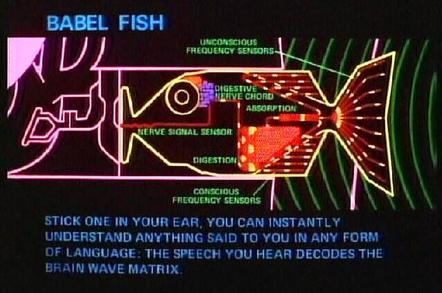 Worstall on Wednesday There's been quite the little chortle in this part of Central Europe this week regarding the actions of a tourist board in Moravia.

To set the scene, Moravians are thought of as the slightly slower country brothers of the Bohemians, (or “true Czechs” ... one local bar has “We have Moravian and Czech wine” in the window) in rather the manner that we English just don't tell Irish jokes any more.

So there's been chortling that it not only had to be the Moravians that did this (although don't feel too bad for them about that, they've got the Slovakians to giggle about and so on ad infinitum it goes across the tribes) but also, obviously, about what they did.

Which was to trust Google Translate to do something.

So, they got a one million crown grant (umm, £25,000?) from the EU to build a tourist website. Come see the lovely vineyards, the beautiful towns, spend your money with us! Pretty much any of us could either code or write such a site in our sleep.

But we perhaps wouldn't make the site live and public when all we've used to translate the site is that Google AI attempt. Especially when we're dealing with the names of towns and villages: which do tend to be in a rather more archaic form of the language, any language, than the rest of what everyone uses to communicate.

But, that's what they did do. So, dotted throughout the site was the idea that you might want to visit the guilty basements near the vineyards. Vinné sklepy more normally being translated as wine cellars, although that more interesting one is a possible direct translation of the words themselves. And it does have a certain ring to it, it has to be said. Not just a basement, but a guilty one.

Who wouldn't want to learn more about the history of “Christopher the Bastard from Afterspoons and Without-satellites“? No one's quite sure where the spoons bit does come from but Chris, the nobleman, had as his title a bit “inner (name of town)” which is what gives us the No Sputniks! rule. And you can almost sympathise with Srebrenice becoming Argentine. Because the Czech does mean something like “place of silver” as does the second in English but it's going to play merry hell with the sat nav really.

And yes, one village name really did appear as "Unplanned Pregnancy".

OK, and what fun, but it does show that we're not quite at that AIpocalypse yet. The robots, the algos, unrestrained aren't about to take all our jobs. Simply because they're not yet very good at doing things which we humans do without much effort, which is to distinguish between different potential meanings of words and put them into context on the fly. And, if we're honest about it, there's good reason for that, too.

Sure, language is so easy that even a child can manage it. But it does take a child a couple of decades using evolution's finest yet wetware to manage it. And even then mistakes are made: and also don't forget that a large part of human humour is based upon those very misallocations of meaning that make up the lowest form of wit, puns.

I might even advance a theory of linguistics where our delight in such puns is in itself a reinforcement mechanism to make us think about those multiple meanings possible. Not entirely seriously, sure, but I'd advance it all the same.

All of which in itself leads to an extremely speculative idea about what we might need in an AI that really was able to translate properly. Which is the ability to consciously (OK, to the extent that an AI will be conscious: perhaps deliberately is better) construct a pun. For if they can do that then they must be aware of those possible multiple meanings. Yes, thank you, I'll collect the Nobel once someone else has done the hard work of proving it.

Sadly, the original site is now cleaned up as a result of the ridicule. But they did seem to have been operating with the Czech as the original template, then Translate into English. And then the English via Google again out to other languages.

And – though I'm afraid I can't confirm this – there's one guy out here who insists that the Polish version mentioned a Ludwig samochód Beethoven. You can check the meaning of that here.

One thought does bumble into view, which is that perhaps Sir Pterry's model for the Ramtops and Uberwald was in fact Moravia. Fits the facts, certainly, but I always thought that was really Transylvania. Y'know, the people the Slovaks get to laugh at ... ®