OK Register readers, shout in unison: ‘Sign us up’ 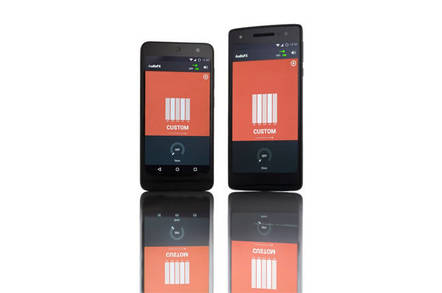 Both devices can do 4G, and have dual SIM slots, and run Cyanogen 12.1 – a customized Android build. Each phone has a 2500mAh battery, which is removable in the Swift and not in the Storm.

The company has used Cyanogen to replace the default dialer app with the Truecaller app, which has a crowdsourced 1.7 billion contacts.

If you use the Truecaller integrated dialer, and receive an incoming call, a heads-up notification appears that identifies the number and how many people have marked as spam. You can choose to block spam callers, or phone numbers you choose not to receive calls from.

“Cyanogen OS is known in the industry as delivering a better Android experience," a Wileyfox spokesperson told The Register. "An OS innovator, it does not fork Android. It delivers an Android experience above and beyond stock Android, especially in the areas of customisation, security and privacy, and enhanced app experiences.”

The phones will be available shortly from the company website. ®

Ok Google, please ignore this free tax filing code so we can keep on screwing America

Updated TurboTax and H&R Block use robots.txt, metatags to hide in plain sight