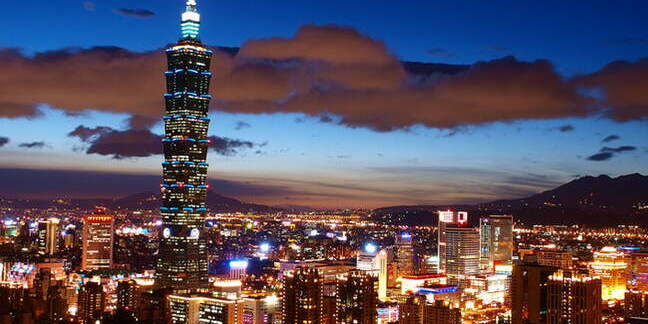 Taiwan Semiconductor Manufacturing Company (TSMC) has reportedly won a lawsuit against a former employee over claims that he leaked details of the chip fabber's 28-nanometer process technology to archrival Samsung.

As a result of the judgment, Liang Mong-song, a former top R&D man at TSMC, has been barred from working for Samsung through the end of the year, according to a report in Taiwanese newspaper The China Post.

The ruling by Taiwan's Supreme Court overturned a lower court's ruling that preventing Liang from taking a job at Samsung violated his right to work.

The Supreme Court's rationale was that allowing Liang to work at the Korean firm now would severely impair TSMC's market competitiveness.

Among TSMC's accusations is that Liang gave Samsung its 28nm process tech at a time when TSMC was leading the semiconductor industry. Its claim is that the leaked secrets gave Samsung the advantage it needed to later leapfrog TSMC to the 16nm and 14nm process nodes.

When he left the company in 2009, he told TSMC that he planned to go into academia and soon took a job at Taiwan's National Tsing Hua University. But six months later he turned up at a different institution: Sungkyunkwan University, in South Korea. Sungkyunkwan is a private research university with campuses in Seoul and Suwon, and Samsung is its major backer.

The move raised red flags within TSMC almost immediately, but it didn't file suit against Liang until 2011, by which time he had already officially accepted a job at Samsung proper. Still, in its complaint, the Taiwanese firm alleged Liang was "already leaking TSMC trade secrets to Samsung" by the time he joined Sungkyunkwan.

Liang has denied the charges, saying he would never do anything to harm TSMC. But he has admitted in court that he left the Taiwanese chipmaker because he was dissatisfied with a recent promotion, and he has reportedly since brought five more former TSMC execs over to Samsung.

TSMC has further alleged that microscopic examination of features of Samsung's recent generations of silicon reveal shocking similarities to its own. According to an independent report it commissioned, "Simply by analyzing the structure, it is hard to differentiate which was made by Samsung or TSMC."

By comparison, the report said, the features on chips made by IBM had completely different structures than those used by either Samsung or TSMC.

The China Post reports that the Taiwanese Supreme Court's ruling against Liang is the first of its kind, and that no court has ever forbidden a former senior manager of a company from working for a competitor, particularly after the non-compete clause of his contract has run out.

Samsung has declined to comment on the ruling, and it was not named in TSMC's suit, presumably because TSMC hopes to avoid a protracted legal battle of the kind that has embroiled Apple.

Liang's attorney said he plans to issue a statement once he gets a written judgment from the court. ®