Pro-copyright group has as many as 75,000 in its crosshairs 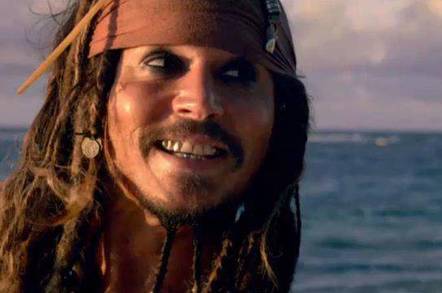 A pro-copyright lobbying group is threatening to sue some 50,000 to 75,000 people in Norway for using Popcorn Time movie-streaming apps.

Norway's national broadcaster NRK reports that Rights Alliance has collected records on tens of thousands of people who allegedly used Popcorn Time to pipe pirated flicks over the internet.

According to NRK, the Rights Alliance database is just a portion of the estimated 250,000 people in Norway who have allegedly used Popcorn Time to illegally watch copyrighted TV episodes and films over the web.

The controversial service has been criticized [PDF] by Hollywood studios and media giants for facilitating piracy. The Motion Picture Ass. of America (MPAA) estimated that in 2014 Popcorn Time apps were installed on 1.4 million devices worldwide, with at least 100,000 users in the United States. The open-source software is available for Android and iOS gadgets, plus a desktop app for Windows and OS X machines. The original service shut down in 2014, but was forked and relaunched at popcorntime.io.

NRK says Rights Alliance could be preparing a massive round of copyright-infringement lawsuits to deter Norwegians from using the service. The group said it could begin sending out letters to alleged pirates this Fall.

"This is a record we lawfully can use," the (translated) NRK report quotes Rights Alliance as saying, "and it could be that someone gets a little surprise in the mail in the form of a letter."

Norway is not the only country to see legal action being taken against Popcorn Time's users. Last week, police in Denmark arrested two men for running websites that showed users how to access movies on Popcorn Time. In the US, a film studio filed suit [PDF] earlier this month against 11 people who were accused of illegally using the service to access the Adam Sandler film The Cobbler. ®