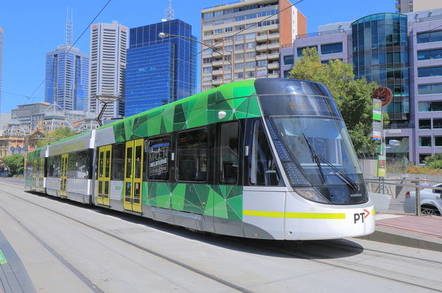 Scammers have inflicted some AUD$4.2 million in damages of damage to Public Transport Victoria (PTV) by buying and selling MyKi travel cards loaded with cash stolen from credit cards.

The agency in the southern Australian state coughed up the dough to international credit card holders whose cards were fleeced. MyKi cards are stored value cards used for public transport.

"We came under significant attack by these international fraudsters in the late part of 2013, early 2014," Wild said according to the ABC.

A spokesperson told Vulture South the agency was subject to chargeback fees after its bank withdrew fraudulent cash once fraud was identified.

"As soon as PTV is aware of a fraudulent transaction they will immediately remove any remaining balance from the related Myki card funds and block the card from further use," they said.

The agency refunded $4.2 million to the affected credit card holders fleeced over the past 18 months.

Searches run by Vulture South did not uncover suspect cards on those web assets nor on a handful of known cybercrime marketplaces, but we have been directed to at least one verified fraud seller hawking cards for half the value of the loaded amount so that $50 of travel value could be bought for $25.

PTV says fraud has in the last 12 months reduced by 95 percent thanks to unspecified anti-fraud detection improvements.

Loading MyKi cards with stolen cash would appear to be an extension of existing carder techniques whereby gift cards from Amazon, Apple, and other outlets are bought and filled with cash to help launder funds.

Such cards are often sold at a cut rate. Other fraudsters purchase plane tickets, cancelling it and pocketing the returned percentage.

The cards could be a particularly attractive target for fraudsters because it is not registered to an identity by default. The cards do however contain a serial number which could be traceable. ®

They'd just send it to the NSA if they really wanted access, says Clarke

Gartner: Brexit to wipe $4.6bn off tech spending in Blighty

BREXIT And as for currency volatility: there will be price rises