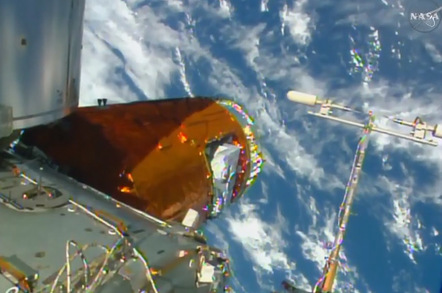 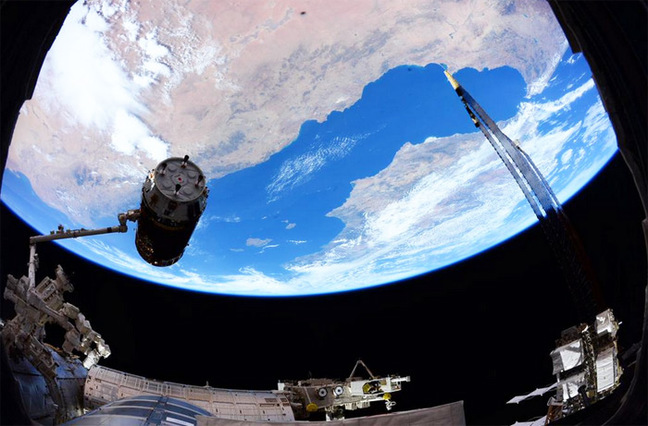 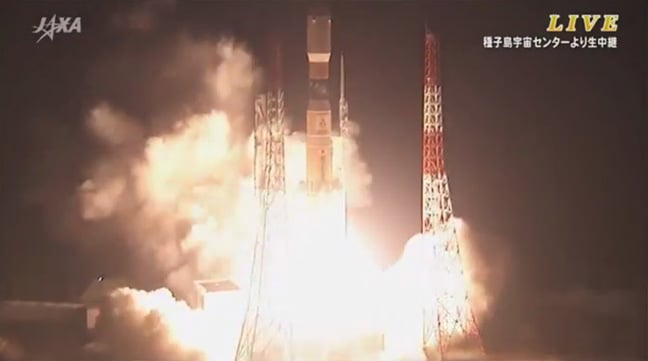 White Stork 5 launched on 19 August from Tanegashima Space Center atop a H-IIB rocket. Its science payload includes the the CALorimetric Electron Telescope (CALET), and the Electrostatic Levitation Furnace (ELF). It's also packing water and dried food for the six crew members currently aboard the ISS, who'll open the doors tomorrow and start unloading.

Astronaut Scott Kelly and cosmonaut Mikhail Kornienko are on a "One Year Mission" aloft. They launched on 27 March this year from Baikonur Cosmodrome in Kazakhstan, and are expected to return to terra firma in March 2016. ®