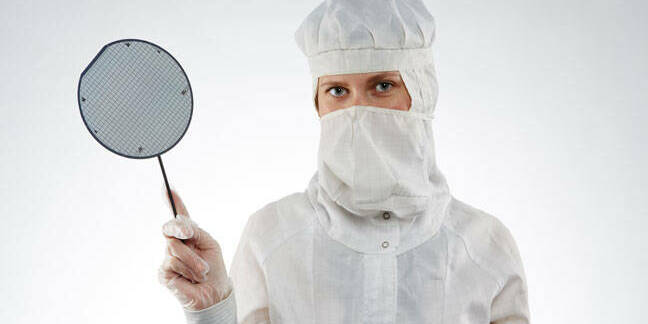 AMS is putting an initial $2bn into their venture, which the state will top up with $200m. GE will stump up $200m and the state a further $50m for a separate site. The government subsidies are aimed at revitalising an area of declining technology investment, and it seems they may be working.

GE Global Research and SUNY Poly will develop a power electronics packaging facility, while AMS will build a “state-of-the-art 200/300 mm wafer fabrication facility in support of the company’s high-performance analog semiconductor operations”. This will be a 360,000 square foot wafer fabrication facility to be constructed at the Nano Utica site in Marcy. Construction of the AMS fab is scheduled to begin in spring 2016, with the first silicon expected out of the plant at the end of 2017.

GE’s investment will expand the scope of the Nano Utica initiative from computer chip commercialisation into power electronics applications for industrial products, such as wind turbines, utility-scale solar inverters, data centres and hybrid cars. GE claims its silicon carbide technology is a new material platform upon which the next generation of power devices will be built, enabling higher power in smaller, more efficient packages.

The Nano Utica initiative is now projected to create more than 4,000 jobs in total over the next ten years, with 1,000 of them in the initial phases.

Governor Andrew M Cuomo announced that GE Global Research will expand its New York global operations to the Mohawk Valley, serving as the anchor tenant of the Computer Chip Commercialiation Center (QUAD C) on the campus of SUNY Polytechnic Institute’s Colleges of Nanoscale Science and Engineering in Utica.

“This is a transformative moment that will make a difference in peoples’ lives in the Mohawk Valley for generations to come,” said Governor Cuomo. “Over the past few years, we have worked to reverse the negative and invest in upstate NY – and today we’re taking another huge step forward.”

The cleanroom will be the first of its kind in the nation: a 56,000 square-foot facility stacked on two levels that is now five times larger than initial plans. ®

Forked, not dead, it seems, because GNU Nano is still a thing

Interview What you don’t know, you can’t look for - obviously

Redmond discovers the limits of cloud-first