Apple CEO fires off memo after $75bn wiped off value 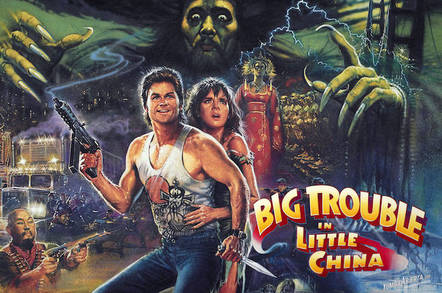 The Dow Jones Industrial Average shed more than 1,000 points in the first few minutes of trading on Monday, as the effects of China's economic woes spilled over onto Wall Street.

China's Shanghai Composite index plummeted by 8.7 per cent – its biggest one-day drop since the global financial crisis of 2007 – sending waves into the US market.

Apple's share price dipped as low as $92 before rebounding later in the day, temporarily knocking some $75bn off the Cupertino firm's market capitalization.

The drop, and fears that the slumping Chinese economy could impact Apple's business, prompted Apple CEO Tim Cook to issue a rare update on the company's performance in an email to CNBC market watcher and Mad Money TV host Jim Cramer.

"I get updates on our performance in China every day, including this morning, and I can tell you that we have continued to experience strong growth for our business in China through July and August," Cook wrote. "Growth in iPhone activations has actually accelerated over the past few weeks, and we have had the best performance on the year for the App Store in China during the last 2 weeks."

Apple's shares climbed back above the $100 level not long after Cook's statement went public, but other companies weren't so lucky.

Chinese firms, in particular, were hard hit. Search outfit Baidu lost 6 per cent of its share price, while online retailer Alibaba was trading at below its $68 IPO price.

But US tech companies were not immune to the selloff. Amazon, HP, IBM, Microsoft, and Oracle were all down.

Oil also dipped below $39 per barrel, its lowest price since 2009, and other commodities followed suit.

Investors have been skittish about China ever since earlier this month, when the People's Bank of China devalued the yuan by around 2 per cent compared to the US dollar, its largest rate cut in two decades. Then on Friday, the Caixin Purchasing Manager Index, considered a key metric of China's factory output, dropped to its lowest level in 77 months, triggering the sell-off.

The freefall in US stock prices now seems to have slowed following Apple's recovery, but the full effects on US tech companies should China's economy enter a protracted downturn remain to be seen. ®