Dude, you're getting a few thousand custom Dells! 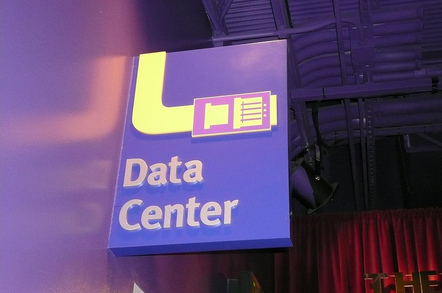 Dell has launched a new business line of custom servers to companies with unique needs and those that don't quite want the server volume of "hyperscale" data centers.

"Today, there's a growing market of businesses just below the hyperscale space in size that are increasingly expressing similar needs in how they buy and build data center capabilities," the company said in a press release announcing the line.

"This segment is growing three times faster than the traditional x86 server market and represents a $6bn total addressable market."

The idea is that Dell will use its global sales force and supply chain to quickly deliver custom-built servers whose needs aren't being met by readily available, off-the-shelf systems.

"For example, one company might have software requirements in order to better manage data and provide competitive insights. Another might choose to install a non-traditional operating system and another might need thousands of additional servers around the world by the end of the week to meet unplanned demand," the company said.

The new business line will be a complement to the Data Center Solutions (DCS) division, which Dell launched in 2007 to serve the needs of high-volume customers.

Sales figures for the DCS division aren't readily available, with Dell having become a private company after a $24.9bn leveraged buyout by founder Michael Dell and Silver Lake Partners in 2013. The company plans to disclose its financials on September 3, but only to a select group of institutional investors who hold its debt securities.

It's hard to even say where Dell has been trimming the fat off its balance sheet over the last year or two, although some employees will certainly have "transitioned" during the restructuring.

Dell says it plans to ship its first servers with the DSS branding later this fall, possibly timed to coincide with the annual Dell World conference on October. ®