Amazon to trash Flash, as browsers walk away

Send not to know for whom the bell tolls, Adobe 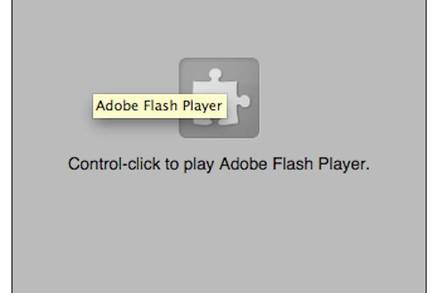 Amazon – the retail juggernaut, not the cloud juggernaut – has flicked Flash ads citing the increasing number of ways they're blocked at the browser as its reason.

Driven at least in part by others' reaction to chronic insecurity in the plug-in-platform, Amazon says it will no longer accept advertisements that use Flash after September 1.

“This is driven by recent browser setting updates from Google Chrome, and existing browser settings from Mozilla Firefox and Apple Safari, that limits Flash content displayed on web pages”, its announcement states.

In other words, since (World+Dog)-Microsoft had decided Flash either won't play or won't play automatically, Amazon wants to avoid its users getting irritating browser messages about the plugin.

Flash's notorious run of security vulnerabilities has made users, security experts and browser vendors hostile to it, giving Adobe the unenviable choice between persisting with the platform, or taking it on a long drive down a country road and telling the kids it's gone to live on a farm. ®