Canadians taking to spying on their spies

The hivemind does not forget, nor does it easily forgive 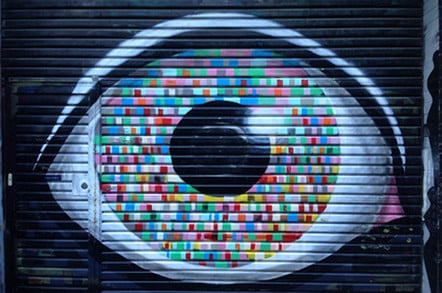 Comment As Canadians settle in for the longest general election campaign since 1867, some uncomfortable incidents that had been ignored by commercial media outlets are gaining new exposure.

Allegations that Canadian spooks are spying on protesters have become a hot topic online. The result is that Canada's online civil liberties movements are starting to gain traction offline, and are threatening to go mainstream.

To understand the events, some background is required. A number of pipeline projects are proposed or undergoing construction to increase the amount of oil that can be sent from Alberta west to the coast of British Columbia via pipeline. Current pipelines are at capacity and shipping the oil to the coast by train is a fantastically dumb idea because the trains keep derailing, causing all manner of havoc.

A veritable who's who of Canadian protest and civil liberties groups became active in protesting against the pipelines, both online and off. It dragged on for years, and protests are still ongoing.

Information emerged that said one of Canada's spy agencies – Canadian Security Intelligence Service (CSIS) – allegedly spied on the protesters and then allegedly illegally shared information about the protesters with the National Energy Board (NEB). NEB is the government entity tasked with overseeing environmentally sensitive projects such as oil pipelines.

The NEB succumbed to industry capture years ago and now blatantly operates as nothing more than an extension of the energy companies themselves.

The reason everyone is freaking out about spooks spying on protesters is because bill C-51 – Canada's version of the US Patriot Act or the UK Snooper's Charter – gives the government the right to have protesters declared terrorists. Once declared a terrorist, for all intents and purposes one no longer has rights.

Civil liberties groups fear that a vindictive government could ruin the lives of protesters or political dissidents using these laws. Locking someone up for long enough without trial is probably enough to get them fired and ruin their finances, for example. If the CSIS allegations regarding the protesters is true, then this amounts to evidence of government overreach in this area even before the creepy new laws were put into place.

The alleged spying on protesters and alleged illegal sharing of information occurred in 2013, two years before bill C-51 was passed. The man responsible for providing oversight of Canada's spooks had worked for energy company Enbridge as a lobbyist for years. Enbridge is one of the companies whose pipeline project is the primary focus of the protests.

Cue the inevitable lawsuit; the B.C. Civil Liberties Association, on behalf of several of the groups involved. Of course, because spooks are involved, Canadian citizens are not allowed to know what is being said in court. The whole thing is locked up tight.

Will Horter, executive director of the Dogwood Initiative (one of the protesting groups allegedly spied upon) supplies the mandatory disconcerting quote. "I asked a fairly simple question of my lawyer: 'Did you feel like you got a fair hearing?' And he said, 'I can't answer that question.' That's deeply disturbing."

I'm sure I don't need to fill you in on the rest of the details; we've all seen this movie before, and it doesn't play out any differently here.

The BC pipeline protest events have served for many Canadians as confirmation of our worst fears. The sweeping powers granted in bill C-51 – which include the right to snoop on Canadian citizens electronically – will be abused, and they will be abused in short order.

Public support for bill C-51 has never been great, but these events are keeping the issue front of mind. Public outrage has already cost the Liberal party dearly. Many felt betrayed when Liberal Leader Justin Trudeau pushed his party vote for the bill, and even more so when he attempted to defend his actions after the fact.

This, combined with a historic NDP victory at the provincial level in Alberta (which had previously had a 43-year-long Conservative dynasty) has moved the NDP to the top of the federal polls. The NDP have never before formed a federal government in Canada.

With the election taking place in October, this might all have blown over. Both the Conservatives and the Liberals wish the pipeline protests and any mention of bill C-51 would go away. The Duffy trial (alleged senate expenses improprieties and alleged lies by pretty much everyone in the Prime Minister's Office) is scandal enough for this election.

Canada's political dynasties, however, can't seem to get a break. Those nasty protesters and their whole "caring about civil liberties" just won't go away. The new citizenship law (which is as horrible as it sounds) is being challenged on constitutional grounds.

Social media is abuzz with people pointing to alleged abuses of power, such as the protest affair, and it didn't take long before the general assumption became that the Conservatives will abuse bill C-24 to discriminate against minorities.

Yes, it actually gets worse for those in charge

Canada is currently ruled by the Conservative Party of Canada and – more critically – its leader, Stephen Harper. It's worth noting that, with a majority, the Canadian Prime Minister has far more power over the nation than does the President of the United States over America.

Five years ago, not a lot of Canadians knew this. Today, you can hear it discussed (and debated) in depth at any number of blue collar bars.

Canada came tauntingly close to restricting the powers of the party whip (and thus the Prime Minister), but the bill was effectively killed by Conservative senators before being passed into law. Unable to kill this bill in the House of Commons (where it was overwhelmingly popular), Harper had his hatchet men in the Senate do it.

That incident is not unique, or even shocking. Like every other Western democracy, Canadian politicians push through any crap that appeals to the craziest of the crazy in their political base, and rely on the courts to clean it up by culling the laws. Unfortunately this can take decades.

Canadians, however, aren't waiting around for this to happen. Online civil liberties movements Leadnow.ca and Openmedia.ca are seeing membership and engagement treble ahead of the election. Ordinary Canadians are starting to realize that the Canadian Civil Liberties Association exists, and actually does things from time to time. Strategic voting has moved from an esoteric fringe consideration to something discussed in the mainstream media and by many Canadians in their own homes. Even political considerations such as gerrymandering are receiving popular mindshare that a decade ago would have been unthinkable.

The internet has changed Canadian politics. Issues like the alleged wrongdoing regarding the pipeline protests don't simply go away. They are resurrected for impassioned discussion in light of new laws and judicial rulings, and this is happening outside of academia.

It isn't an "Arab Spring"-style revolution. It's a slower pace of change, but one that seems to be sticking. What remains to be seen is how politicians – and the art of politics in general – will adapt. ®