'Infinity' allows kids to swap out components, even the screen 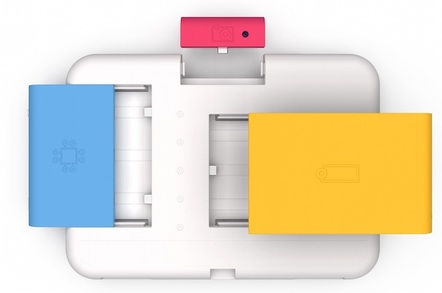 One Education, an Australian offshoot of the One Laptop Per Child (OLPC) project, has opened preview sales for an heir to the XO computer.

The “Infinity” has a modular design so while the quad-core, 1.5GHz CPU is baked in, it's possible to replace the battery, camera and just about anything else thanks to the presence of three ports. The screen's replaceable too, so that one can add a touch panel or upgrade resolution as future modules emerge.

One Education's thinking is that the OLPC's XO is lovely, but that kids will outgrow it and want better machines. By making the Infinity modular, it's hoped kids will not only upgrade their machines but then downcycle their old modules, thereby making it cheaper for younger kids to get their first machine. Or kids could swap components.

The design of the Infinity is sufficiently advanced that early tests have occurred and the results have made One Education sufficiently confident that they can bring early models to market. If you're keen, the organisation's site is replete with options to reserve one of the first 1,000 devices. You'll need between US$249 and $299 to secure your rights to a purchase, but there's no indication of exactly when a device will trouble your post box. ®

Swap out CPUs, cams and drives like LEGO so laptop grows with your kids

One Laptop Per Child gains ground

No hugs and kisses for XO Laptop

Libya signs on for 'One Laptop per Child'

Brits allowed in to OLPC's 'give one, get one' scheme

But a small nation