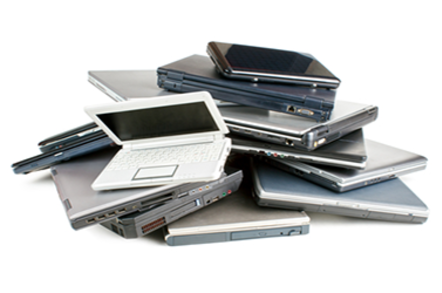 HP has criticised the way Microsoft rolled out the latest OS, claiming it was the root cause of an inventory pile-up of Windows 8 consumer PCs across the industry that will take time to “flush” through.

Channel analyst Context recently revealed that no computers pre-installed with Windows 10 were sat with European distributors in the week prior launch of the software and only 150 in the week after.

The free upgrade to Win10 and the late release of the code to OEMs as well as high level of stock already held by distributors were the reasons, according to the sales beanie.

“We did anticipate a challenging operating system transition to Windows 10 on two dimensions,” said Dion Weisler, currently the boss of HP’s PC and print division and soon to be the CEO of HP Inc.

He also fingered the free upgrade Microsoft offered customers and the “second was the very short transition time, which is normally about three months, which was compressed to under one month.”

As revealed by us a while back, a glut of consumer PCs in Europe forced some vendors to take costly action. Lenovo confirmed it had written down stock but HP is understood to have been less impacted.

Weisler claimed the upshot of the Windows 10 launch was ‘fairly high Windows 8 channel inventory levels and that will take a little bit of time to flush”.

“Windows 8 channel inventory levels are higher, and they’re on there higher side for us as well. We are as an industry looking at having to flush through Windows 8 before Windows 10 really takes hold”.

Ever the optimist, the exec said the feedback for Microsoft’s latest OS is “pretty good” and should stimulate some demand.

It was a tough Q2 fiscal ’15 for HPs PC and print unit, as we revealed last night - Personal Systems revenues fell 13.4 per cent year-on-year to $7.49bn. The company described consumer sales as “soft”.

She added Weisler and his team are “aggressively managing costs and gaining share in key focus areas”. Last year, Weisler told El Chan he was not targeting market share for market share’s sake.

“We now see a difficult business environment for at least several quarters to come”.

What a difference a year makes - in 2014 PC makers were flying high on the back of Microsoft ending support for XP. It doesn’t seem as though Microsoft has done that community any favours with the Win10 OS.

We have asked Microsoft for a comment and will update if/when they reply. ®