You had one job, US Investigations Services… 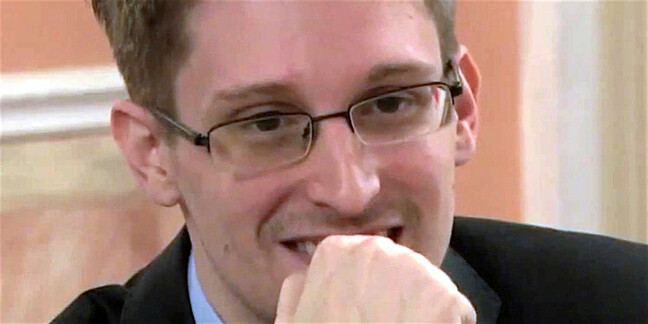 The US Department of Justice (DoJ) will pocket $30m (£19.14m) from the company tasked with screening, among others, whistleblower Edward Snowden.

The DoJ announced on Wednesday that US Investigations Services (USIS) will give up a $30m (£19.14m) payment in exchange for settling charges that it violated the US False Claims Act by failing to properly screen applicants for government security clearances.

According to the DoJ, USIS failed to properly screen federal security clearance applicants and, in some cases, submitted incomplete background check reports to the US Office of Personnel Management (OPM).

Among those USIS is said to have checked was Edward Snowden, the contractor turned whistleblower who is responsible for the largest single leak of classified government information in history.

Snowden is living in Russia, and is wanted in the US on criminal charges of espionage.

USIS was also reported to have run the background check on Aaron Alexis, the contractor who went on a shooting spree in 2013 at the Washington Navy Yard, killing 12 people and injuring three others.

"Shortcuts taken by any company that we have entrusted to conduct background investigations of future and current federal employees are unacceptable," said Benjamin Mizer, principal deputy assistant attorney general and head of the DoJ's civil division.

"The Justice Department will ensure that those who do business with the government provide all of the services for which we bargained."

The DoJ credited former USIS executive Blake Percival in helping to bring the case to light. Percival filed a whistleblower suit against USIS alleging the falsified reports and stands to receive an undisclosed portion of the $30m (£19.14m).

It's not as if USIS had cash to spare. In February of this year the company and its affiliates filed for bankruptcy protection. The company will not pay out the $30m (£19.14m), but will instead forego its right to collect the money from the US government as payment for services rendered. ®