Why do driverless car makers have this insatiable need for speed?

It's all about volume and the maps, man 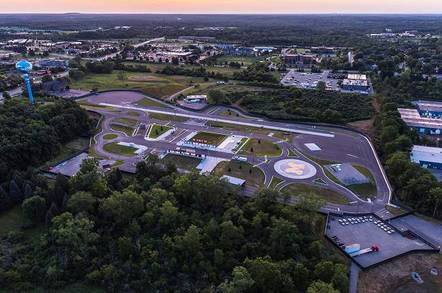 Worstall on Wednesday I get the point of driverless cars: once they actually work they're going to be great for everyone except the recreational driver, and it wouldn't be a surprise to find the technology being made mandatory for use on some of the public road network some decades down the line.

But what I've not been able to grasp is why are all the car companies in such a damn hurry?

Technology doesn't generally work like that. Or at least this one won't. Sure, smartphones, social networks, get there first and capture some vast portion of the market and your position will be somewhere between very strong and near impregnable.

But driverless cars? It's still going to cost billions to design a new car platform, an engine plant will still cost a billion (or a battery factory $5 billion) so whatever the guidance system is we're still going to have GM, Ford, VW and Toyota around. Google perfects driverless operation ... and so what?

Either the manufacturers will purchase or rent the technology from Google or, once that it's been seen to be done and possible then they'll reverse engineer it.

So I've not really grasped the urgency in some of the approaches: like why that consortium of German car companies bought Nokia Maps for billions. I'm absolutely certain that it would be possible to create a series of maps for a great deal less than that: and they do obviously want it so as to form the basis of driverless cars.

The problem, the only one I can think of, is that it would take time, even if only 10 per cent of that price, to recreate a set of digital maps which a car could use.

So, I haven't grasped the necessity for speed here and this is of course why I'm an idiot.

Which brings us to Mark Buchanan, a physicist I have regularly made fun of for his forays into very questionable economics. On the usual grounds: as Feynman pointed out, a scientist opining outside his knowledge base is just as dumb as the next guy.

The strictures of physics don't really map over the knowledge base of economics which is what leads to error. However, Buchanan has just said this:

Google's self-driving cars, for example, share maps, images, and data on previous driving experiences and traffic. All the information gets fed to computers in the cloud, that is, distributed over the net, where analysis takes place to improve the cars' performance.

And that's where the importance is. The need for speed. Because getting digitised maps up and running ain't all that complex: a car company could definitely fund doing that internally, no problems.

But getting to the sort of level of knowledge of the roads that Google has, of every stop sign, traffic light and feeder lane in the nation costs somewhere between mucho dinero and Holy Shit! But even then it's not about the money. It's about the speed to market.

As and when the legal, insurance and of course technological problems are finally sorted out each and every car manufacturer wants to be in that first wave offering driverless cars, and not just because we expect them to have consumers ravenous for them.

But, because every one on the road then becomes another information gathering bot that continually updates the system in general. Don't even think of VW as a whole, and Skoda is going to produce a million cars this year. And if, say, Skoda is in that first wave after one year it will have a million equivalents of Google Streetview cars out there updating the general system. And after two years something like 1.998 million bots spidering the roads system. And after a decade, what, eight million?

Once the system actually works the economics of it are going to be such that no small player will be able to get a look in: they will have to buy from one of the big boys. Because being a volume player will be the only way to gather the information that makes the system work at a reasonable economic cost.

“Reasonable” here being at something like the cost your competitors are having to pay.

It will be missing out on two or three years of refinement of the basic databases upon which all of the systems will work. And that's a gap which (well, at least there's a very good chance that that's a gap) won't or can't be filled.

Thus every volume manufacturer wants to, needs to, make sure that they're in the first wave of car companies deploying this technology. And thus the stampede as they realise this. The race isn't to get it to work, it's to get enough units out there that the system becomes self-updating and thus actually really useful.

And I am an idiot for not having realised that earlier. So, apologies to Buchanan for some of the things I've said although it's still true that you really can't just try to map physics over economics, it is possible for physicists to have some decent economic insights.

The one slight worry I have is that these systems are going to be absolutely vast. VW, with 10 million car sales a year would have, after a decade, what, 30-40 million vehicles all feeding information into their system? Skynet anyone? Or do we prefer Minority Report? ®