Time to retire Apache OpenOffice in favour of LibreOffice? 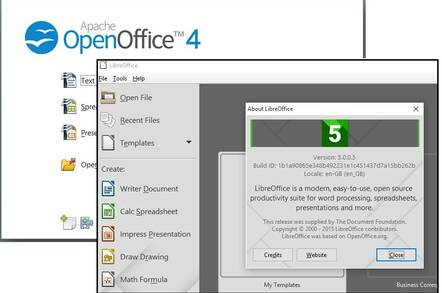 A prominent LibreOffice user has called for the Apache Foundation to retire OpenOffice.

Christian Schaller, a Red Hat Software Engineering Manager and GNOME developer, wrote an open letter to Apache saying that “the OpenOffice project is all but dead upstream since IBM pulled their developers off the project almost a year ago and has significantly fallen behind feature wise... I hope that now that it is clear that this effort has failed that you would be willing to re-direct people who go to the openoffice.org website to the LibreOffice website instead.”

That said, the most recent OpenOffice update, version 4.1.1, was published nearly a year ago, and while the source code repository does show recent activity, it is much less than that for LibreOffice, as a quick browse of GitHub stats will confirm.

LibreOffice has a high level of developer activity

LibreOffice and Apache OpenOffice are forks of the same code. The origins of the projects go back to a German office suite called Star Office, which was acquired by Sun Microsystems in 1999. Sun made Star Office free and open source in an attempt to disrupt Microsoft's grip on the document editing market, creating OpenOffice.org. When Sun itself was acquired by Oracle in 2010, LibreOffice was created by a group of OpenOffice contributors. In 2011, Oracle donated OpenOffice to the Apache Foundation.

One of the difficulties is that OpenOffice uses the Apache 2.0 licence, which is “permissive”, meaning that forks of the code can be made under more restrictive licences. LibreOffice uses the Mozilla Public Licence which is based on the “copyleft” principle, whereby modifications to the code must be shared. This is a difference in philosophy that deters some LibreOffice committers from contributing to OpenOffice – and potentially vice versa.

All this will seem abstruse and unnecessary to many external users. Either a single open source project or a high level of co-operation would be preferable. ®