Paul Maritz retires from Pivotal, says his time as a manager is over 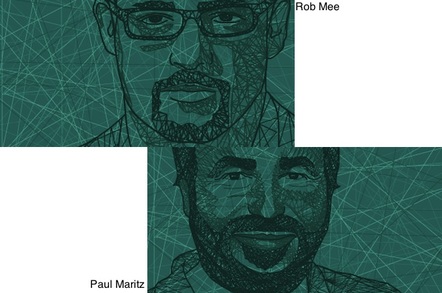 Paul Maritz has stepped down as CEO of Pivotal.

Maritz is a former VMware CEO and in a storied career can point to having started Microsoft's Windows NT, now Windows Server, business and having a big hand in getting Windows 95 out the door. He's spent the last 15 years in various senior roles at EMC, where he was seen as a safe enough hand to be entrusted with boosting VMware well and truly into the data centre and then kicking off Pivotal's effort to create a web-scale software development tools and consultancy business.

That long history at EMC had many suggesting he'd be an ideal successor to EMC Federation board chair, president and CEO Joe Tucci. Maritz, however, appears to have other plans, as he's told The Wall Street Journal that “My career as an operational manager is over.” His future plans include staying on as Pivotal's executive chairman, a role in which he will “continue to be actively involved with, and supportive of, Pivotal.” He also plans to mentor companies he's invested in and work on a financial services startup, Mifos, that targets the developing world.

Pivotal's sweetened the news of Maritz's departure by letting it be known that its own cut of Cloud Foundry has “achieved US$100M in annual bookings run-rate.”

Maritz's successor is Rob Mee, currently the company's executive veep for “Products and Research & Development.” Mee founded Pivotal Labs in 1989 and is making all the usual noises about being humbled to walk in the footsteps of giants to seize the colossal opportunity Pivotal hopes to grasp.

Coming as it does on top of the other recent high-level executive departures at EMC, Maritz's exit looks unfortunately-timed. Or perhaps deliberately-timed, if he came to the conclusion that Tucci's chair would never be his. Either way, the decision will doubtless lead to more pondering about just how the company will refresh its senior management.

VMware CEO exile rumour: Not a punishment for Maritz

Analysis The message - Our future is cloudy. Sorry! Cloudy

EMC II, VMware and the future: Unpicking the house that Joe built

By end of year, world's megaclouds will all be serving up CF, says Pivotal CEO Maritz

But who'll inherit the whole shebang from Joe Tucci?