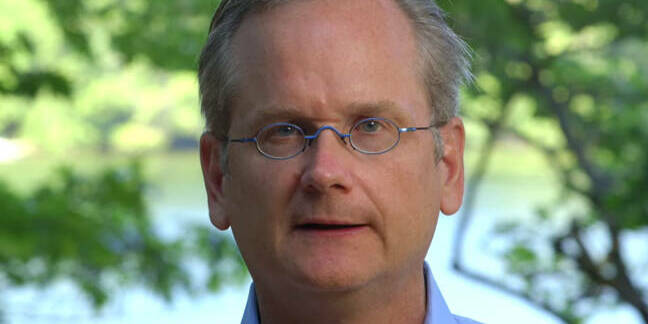 Wikipedia founder Jimmy Wales has signed up as committee chair for tech lawyer Larry Lessig's tilt at the US presidency.

“When you light up the Internet, anything is possible,” Wales says in the canned statement announcing his new gig.

Lessig's admitted his attempt to win the presidency is futile, but hopes his candidacy advances campaign finance and electoral reforms ideas that he thinks have the potential to change the nature of US politics for the better.

Wales' role appears to be using his profile to motivate online activists to support Lessig's candidacy. The canned statement mentions activists' role in halting the Stop Online Piracy Act (SOPA) of 2012. Wales and Lessig appear to be contemplating a re-run of that effort, this time in the cause of Lessig's reform agenda.

Lessig's candidacy looks to be on track, as campaigns that score 30 per cent or more of their funding in the first week have a better chance of success than those that don't. Lessig for President has raised US$358,751 of its $1million goal with 21 days to go. Wales' profile gives the campaign every chance of a second burst of interest and donations.

The announcement of Wales' involvement mentions how he and Lessig are great pals who've stood with arms linked on many a barricade. Might this therefore be a planned new phase in Lessig's campaign, and less of a spontaneous decision by Wales to help out his mate?

Your correspondent wouldn't mind plinking down some hard-earned on another high-profile recruit endorsing and/or helping Lessig towards his goals. Ed Snowden and Julian Assange … come on down! ®

Lessig to NZ court: Dotcom charges would fail in the US

Bemoans lack of faith in plan with zero chance of success

"This unsolicited email was published under a Creative Commons License"