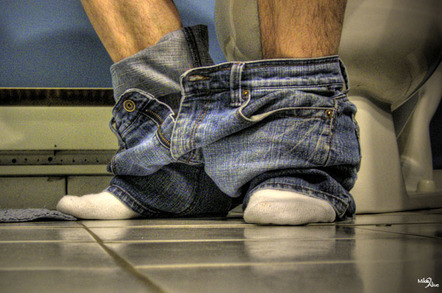 QuoTW This week, the headlines were dominated by Lenovo's bad behaviour, Google's dot-xyz obsession and a story from Silicon Valley, where even the trailer parks have $40m drama.

These were some of the best quotes:

The team behind the film Dallas Buyer's Club wants to go pirate hunting down under, but local authorities aren't so eager. Justice Nye Perram said the group's legal arguments for suing torrent users were nowhere near the quality of their script:

The idea that any court would assess DBC’s damages on the basis that BitTorrent users who were going to share the Film over the BitTorrent network would have avoided infringement by approaching DBC to negotiate a distribution arrangement in return for a licence fee is so surreal as not to be taken seriously.

If such a claim were made in a proceeding for copyright infringement in this Court I am satisfied that it would be dismissed summarily without trial under s 31A(2) of the Federal Court of Australia Act 1976 (Cth) as a case having no reasonable prospects of success.

Let's go over that one again: the argument used by DBC was so stupid, Australian officials wouldn't even let it be used in court. Good luck with that, fellas.

Google was left exposed this week when it was forced to put out a patch for a patch. Researchers at Exodus Security wondered aloud what the botched Stagefright update signalled for the future of security.

Google employs a tremendously large security staff, so much so that many members dedicate time to audit other vendor’s software and hold them accountable to provide a code fix within a deadline period.

If Google cannot demonstrate the ability to successfully remedy a disclosed vulnerability affecting their own customers then what hope do the rest of us have?

Bill Gates continues to put his billions behind clean water for the developing world, and his latest effort called on starting with one of the dirtiest sources possible: human feces. Gates said that potty water really isn't so bad, and if cleaned completely, it can become a valuable source for much of the world:

Now we have a business plan, an impassioned team of engineers, great in-country partners, and a pilot project in motion. I think we have a real shot at solving the sanitation problem.

Hey, if anyone would know about sanitising a huge bucket of crap, it's the guy who had to clean up after Windows ME.

Opera isn't doing so well these days, but Chairman Sverre Munck is putting on a brave face and is hoping for the best. Here he is making a not-so subtle suggestion about the future of the software company:

There has been a bit higher intensity during the last month. Based on this exploratory and recent interest, the board decided to conduct a strategic review because that would allow us to explore a wider range of options rather than not take all options into account.

Translation: someone buy us, because we can only bleed cash like this for so long.

Harvard lad Aran Khanna lost out on an internship at Facebook this week after he went rogue and exposed a major privacy flaw on the social network. After getting canned from the House of Zuck, Khanna had this to say:

My extension and blog post made the data collection and sharing practice real and transparent. The resulting public attention, with over 85,000 downloads of my tool, more than 170 news articles, and 3.6 million Twitter users exposed to my posts through tweets and retweets, seemed to motivate Facebook to react.

Facebook, however, said there was a bit more to the story than that. Over to a flack at the free content ad network:

First, we began developing improvements to location sharing months ago, based on input from people who use Messenger. Second, this mapping tool scraped Facebook data in a way that violated our terms, and those terms exist to protect people's privacy and safety. Despite being asked repeatedly to remove the code, the creator of this tool left it up.

And finally, we close the week out with a Twitter meltdown from one Eugene Kaspersky. The Russian security tycoon flipped out on Friday after a Reuters report accused his company of sabotaging rivals.

Kaspersky responded exactly how we all hoped he would:

I don’t usually read @reuters. But when I do, I see false positives. For the record: this story is a complete BS: https://t.co/m0Rcy2Vm6Y

Exclusive! @josephmenn is an alien missioned to conquer the Earth - Ex-colleagues :)

Of course we make false positives. In banya, then riding bears to the beach. We have an fp factory 6 miles north of the Kremlin