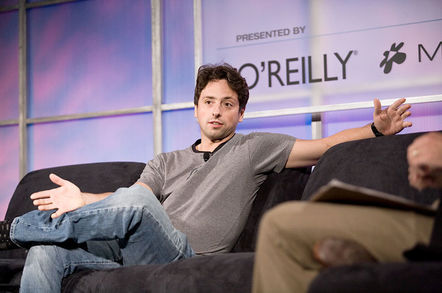 Verisign is up to its old tricks again, having sued XYZ.com, the owner of the .xyz registry a second time.

Barely a day after XYZ.com got a boost when Alphabet, Google's new parent company, set up shop at abc.xyz, details emerged of a suit filed by Verisign against XYZ.com, its CEO Daniel Negari, and CentralNic, XYZ.com's back-end registry operator.

The lawsuit [PDF] claims that when XYZ.com bought interests in .security, .theatre, and .protection from third parties, part of the condition of each sale was that they each drop Verisign as a back-end operator and switch to CentralNic.

Even before those sales closed, Verisign was already suing CentralNic and another applicant for .theatre – Key Brand Entertainment – claiming .theatre had walked away from a binding agreement to use Verisign to run its registry.

But when XYZ.com emerged as the new owner of .theatre – and subsequently bought .security and .protection from Symantec – Verisign expanded its suit to include not just XYZ.com but also Negari himself, claiming "tortious interference" and "business conspiracy." It is demanding $2.06m in damages.

And the first case

The lawsuit comes on the heels on another that Verisign launched against XYZ.com back in February, this time alleging trademark infringement and false advertising. That suit cited an online ad that portrayed .com domains as an old, beaten-up Honda Accord, while the new .xyz domains were represented by a Audi R8 Spyder. Verisign, which owns and operates the .com domain, claimed the ad damaged its brand and goodwill.

At the time, we saw the lawsuit as Verisign sending the domain name market a message: don't try boosting your sales by attacking us.

As operator of both .com and .net, Verisign is hundreds of times the size of any of the upstart new gTLD operators. Yet its approach looks increasingly like a crusade against the two biggest names in the new gTLD market: XYZ.com and Donuts, which runs dozens of new registries. It has also taken on an increasingly paranoid feel, with Verisign claiming all manner of behind-the-scenes collaborations and conspiracies.

Verisign then decided that Negari and XYZ.com were getting "secret advice" from industry veteran and Donuts CEO Paul Stahura. It subpoenaed Donuts. It also subpoenaed domain overseer ICANN, while simultaneously claiming that XYZ.com and ICANN were in cahoots in trying to undermine .com.

Verisign even wants access to emails exchanged between XYZ.com and media outlets, including NPR and domain industry blogs DomainNameWire and Rick's Blog – the latter run by domain investor Rick Schwartz.

Next page: Verisign under pressure
Page:
Tips and corrections
15 Comments