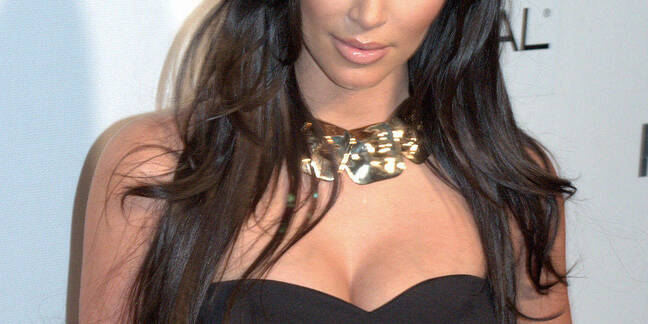 Robert Dean may be questioning his career decisions. The division director of US drug regulator the FDA has warned the public that Kim Kardashian's social network pages are not a particularly reliable source of medical advice.

In an open-letter [PDF], Dean said endorsements from celebrity buttocks Kardashian were misleading and in violation of FDA rules. His missive was addressed to Eric Gervais, executive vice-president of Duchesnay, which paid sex-tape star Kardashian to champion its medication online.

According to the FDA, since-removed posts made to Kardashian's Facebook, Instagram, and Twitter accounts endorsed Diclegis, a pill to treat morning sickness in pregnant women. Kardashian, who allegedly broke the internet last year with her gigantic arse, is pregnant with her second child with rapper Kanye West.

OMG. Have you heard about this? As you guys know my #morningsickness has been pretty bad. I tried changing things about my lifestyle, like my diet, but nothing helped, so I talked to my doctor. He prescribed me #Diclegis, and I felt a lot better and most importantly, it's been studied and there was no increased risk to the baby. I'm so excited and happy with my results that I'm partnering with Duchesnay USA to raise awareness about treating morning sickness. If you have morning sickness, be safe and sure to ask your doctor about the pill with the pregnant woman on it and find out more

Kardashian, a high school graduate, has starred in a number of reality television shows, but had no formal medical certifications.

The FDA said that while talking up the virtues of Diclegis, Kardashian failed to mention the side-effects and risks associated with the drug, including the fact that the drug has not been tested for use with women suffering from severe morning sickness symptoms (hyperemesis gravidarum) and the warnings that the drug can cause drowsiness and should not be taken before any activity requiring mental alertness.

"Promotional materials are misleading if they fail to reveal facts that are material in light of the representations made by the materials or with respect to consequences that may result from the use of the drug as recommended or suggested by the materials," Dean said.

"The social media post is misleading because it presents various efficacy claims for Diclegis, but fails to communicate any risk information."

To make matters worse, the FDA said that Duchesnay has a history of making misleading claims, dating back to promotional materials it was circulating in 2013.

The FDA is asking Duchesnay to submit a written report detailing how it plans to correct the misleading ads and prevent any further violations. ®