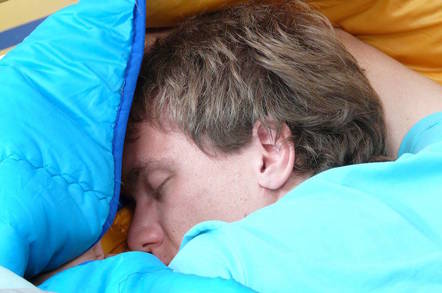 IBM is dreaming of rolling out Power10 chips using a 10nm process size from 2020, it has emerged.

This is rather telling: this means that even though Big Blue has boasted that it has cracked the 7nm barrier, we're not likely to see any IBM chips using that process size until 2023 at the earliest.

Back to the Power10 processors: these chips will feature a new microarchitecture, as well as the 10nm feature shrink, and will be thrown at "extreme analytics" and "extreme big data" workloads, we're told.

To put this in context, the 14nm Power9 is due out in 2017, and will swell the racks of American government supercomputers. The Power8+ with Nvidia's high-speed GPU-CPU interconnect NVLink is due to land next year. The 22nm 12-core 4GHz Power8 came out in 2014. These chips have their own instruction set and architecture that's distinct from Intel's x86.

Big Blue, with some help from Globalfoundries, developed on its own 14nm process for the Power9, which will feature its own microarchitecture. The shrink could well help drive down the power requirements of the Power9.

"IBM is working on a Power10 processor, which is slated for around 2020 or so and which will be based on the 10 nanometer processes under development at Globalfoundries," Timothy Prickett Morgan, co-editor of our sister site The Platform, reported on Monday.

"With the Power10, as with the Power7, Power8, and Power9 before it, IBM is changing the chip microarchitecture and chip manufacturing process at the same time."

Most interesting, though, is the timescales. IBM insisted last month that it had beaten Intel to the punch by getting some 7nm gates to work in the lab. As we noted at the time, industry experts don't expect commercial 7nm parts to hit the market until 2020 at the earliest. Given there's a three-year gap between IBM Power generations, a hypothetical Power11 won't arrive until 2023 at the earliest, perhaps.

Meanwhile, Intel is rolling out its 14nm Skylake x86 processors this year, and the 14nm Kaby Lake family next year, having delayed production of its 10nm chips to the second half of 2017.

For the full scoop and analysis on the Power roadmap, check out Tim's article over on The Platform. ®