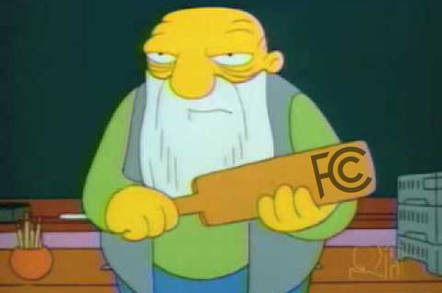 US broadband watchdog the FCC has issued the largest robocalling fine in its history to a Florida company accused of repeatedly harassing people.

The commission has levied a $2.96m penalty against Travel Club Marketing, which was accused of making at least 185 automated calls using a robo-dialer.

According to the FCC, Travel Marketing Club repeatedly called users who were registered on the "Do Not Call" registry, placing the 185 automated calls to 142 different numbers. The calls were made without prior consent from the recipients, and Travel Marketing Club had no previous relationship with the people being called.

The FCC said it had received complaints from users who were subjected to robocalls advertising discounts for travel plans, time-shares, and trip fares. Such calls are only legal if the recipient agrees beforehand to take automated calls.

"It is unacceptable to invade consumers' privacy by bombarding them with unwanted and intrusive robocalls," said FCC enforcement bureau chief Travis LeBlanc.

"All companies, and their owners, who thwart the Do-Not-Call list should expect to face severe consequences."

The FCC said that the fine was the largest penalty it has ever extracted from a company for robocall violations.

Multi-million dollar penalties are not unheard of from the FCC. In May, the commission took $1.7m in penalties from a pair of debt payment services for violating telemarketing laws.

The FCC does allow businesses and political organizations to make robocalls, but only with the consent of the people being dialed. The commission makes some exceptions for politicians who use autodialers to announce voter events and only call land-lines. Robocalls made to mobile numbers are always required to have consent from the recipient.

In May, the FCC moved to make robocalls even more difficult to legally pull off by extending do-not-call rules to recycled numbers and their new owners. ®