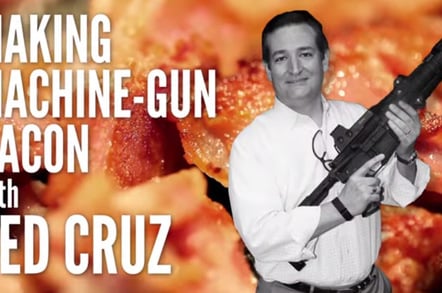 Texas Republican senator and US presidential wannabe Ted Cruz has clarified his position on both the Second Amendment and vegetarianism by cooking up some "machine-gun bacon".

Readers will note that Cruz's weapon of choice is not actually a machine gun, but rather a semi-automatic AR-15 assault rifle. Co-incidentally, I fired one of these last year during a Low Orbit Helium Assisted Navigator (LOHAN) jaunt to Colorado and New Mexico. 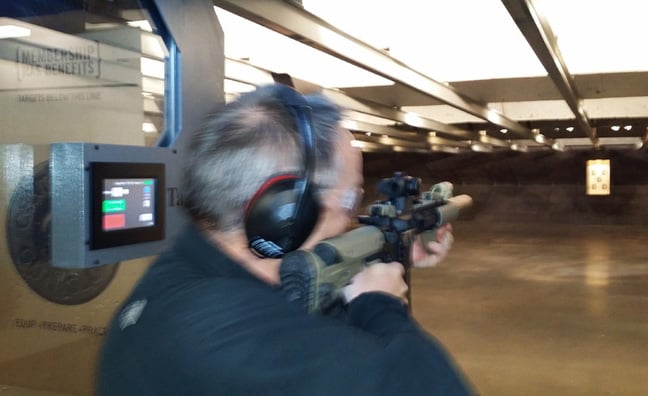 At the time, I suggested that the AR-15 might be a suitable weapon with which to pop a cap into American bacon, since sliced pork connoisseurs agree that the Stateside offering is at best barely edible, whatever way you fry it. ®