Google ready for another pop at India, with Android One in hand 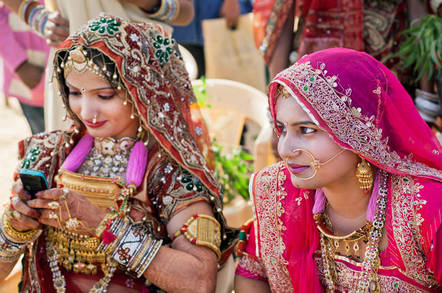 Google is trying the good old switching-it-off-and-on-again ploy with its scheme to sell super-cheap Android phones in India.

Android One has been a flop, with the Chocolate Factory failing to understand the Indian market. The dominant manufacturers – Micromax, Intex and Spice – felt that the OS was an American solution being arrogantly foisted upon them.

Google’s online approach to selling Android One failed in a territory where net access is poor and marketing has to be done by pounding the dusty streets.

Language support wasn’t all that it needed to be, and while Android One supports seven languages, India has around thirty languages that are each spoken by more than a million people, and hundreds of others spoken by smaller populations around the country.

In a former life, your correspondent researched the Indian market for a major handset manufacturer and on-the-ground chit-chat confirmed the importance of a wide number of languages.

Just asking what was needed gave the answer that you did not need to look any further than Hindi and English. Deeper insight showed this conclusion to be based on caste discrimination, following a prejudice that people who didn’t speak those languages really were not worth bothering with.

One country expert The Register spoke to blamed Google’s lack of people on the ground for the failure of Android One. Google needs to understand the importance of features such as a high level of dust-proofing, speakers powerful enough to cope with India's noisy environment, and FM (and preferably AM) radio.

Battery life is also important in a country where power outages are a daily occurrence.

The Indian market is more about content consumption rather than productivity, and phones need to support the four major religions: Hinduism, Islam, Bollywood and Cricket. Perhaps it isn’t surprising that the Chocolate Factory failed to "get" cricket.

It’s also widely acknowledged that Google got the price point wrong, with the phones at around $100.

Rajan Anandan, Google managing director in India and Southeast Asia, told the Financial Times [paywall] that the plan was to sell at a sub-$50 price over the next few years.

Anandan told the FT that details of the reboot would be announced “in the next few weeks”. ®