Cloud computing’s refuseniks: How long can they hold out? 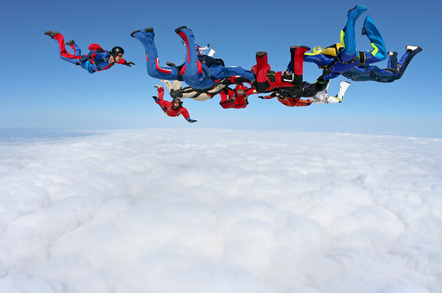 Umpty-squillion surveys come out every week, and they generally disagree with each other. Personally I tend to take notice of the ones that tell me that red wine is good for weight loss and long life.

I read one recently, though, in which no fewer than 51 per cent of managers said they're not presently investing in cloud technology. “OK”, I thought, half the population isn't doing it yet. Then I read that in the same survey that 49 per cent said that in two years' time they still wouldn't be investing in it. And I was more than a little surprised by that.

Bear in mind that they weren't talking about whether they'd move their entire world to the cloud: it was whether they were investing in cloud at all. At all.

Fair enough, I understand organisations not moving en masse to (say) hosted virtual desktops. But no Office 365? No Google Apps? No DropBox? No AWS for a cheap server for a pilot project?

Some organisations tend to shy away from cloud services - specifically those with particularly high security requirements on the data they store. But even then there must surely be the temptation to adopt some kind of fully managed hosted service for applications under less scrutiny – public-facing brochureware websites, for example.

Furthermore, the cloud can be incredibly attractive in a business continuity context. Say you host your email service in a co-location data centre facility where you own all the servers and network kit, you manage the servers yourself, you have a secure remote access mechanism with two-factor authentication. Is it really that big a leap of security confidence to decide to shift it all to (say) Office 365?

And even if it is, what about that two-factor authentication system you're using on your private data centre installation? Is that an on-site offering? I've recently been getting to grips with Symantec's hosted offering - it works a treat and doesn't need me to feed and water it.

In this sense I'm talking about services such as Websense's cloud offering, which I introduced to my infrastructure in a previous life and which I found absolutely excellent – access gateways worldwide, synchronisation with our Active Directory, resilient services, a single management GUI, not overly expensive, and I got to throw away a fleet of god-awful ISA servers that hosted the legacy on-premises version.

I completely understand why people don't move wholesale to the cloud. A fully cloud-based infrastructure is something that suits only a minority of organisations. But I'm still astounded to see that almost half of those questioned in the particular survey I read are of the belief that they won't be using it at all in two years' time.

Okay, there are concerns. There's security. There's the fact that it's easy to forget what you left running and end up with a bigger bill than you expected.

There's the fact that in all but the smallest cloud providers you have bugger all influence over their techies if the infrastructure goes down and your finance server is unavailable at year end, or your email's not working for a couple of days. I get that.

Keeping up with the hackers

Surely, though, the people who say they won't be using the cloud in the future are forgetting that what you can do with it is likely to change radically in the next 24 months. Security will have kept up with the hackers; connectivity will be even better than it is now (my fiver says that by then you'll see proper quality-of-service guarantees over the Internet as if it were a private WAN).

I reckon that some vendors of traditional IT products may even entirely stop shipping software and appliances, instead stripping down their support division (supporting customers with on-prem solutions is highly non-trivial) and supplying their services as entirely cloud-based services. Will this 49% of IT managers simply avoid those services even though they're acceptable to the auditors and the best of breed?

No, I don't think they will. I suspect simply that when they were asked: “Will you be investing in the cloud in two years' time?”, they're thinking: “Hell, I've got so much to do now, and so much on my roadmap for the next 24 months, that I can't even think about cloud as well”. But that in fact by the time they get part-way down their roadmap they'll find themselves with a cloud solution.